Because of some the work we’ve done before on last minute negotiations and divided government, Sunlight prepared the following graphic that visualizes the recent history of US House votes on the debt ceiling, based on public voting records and a CRS report. The bars indicate the “yea” votes. 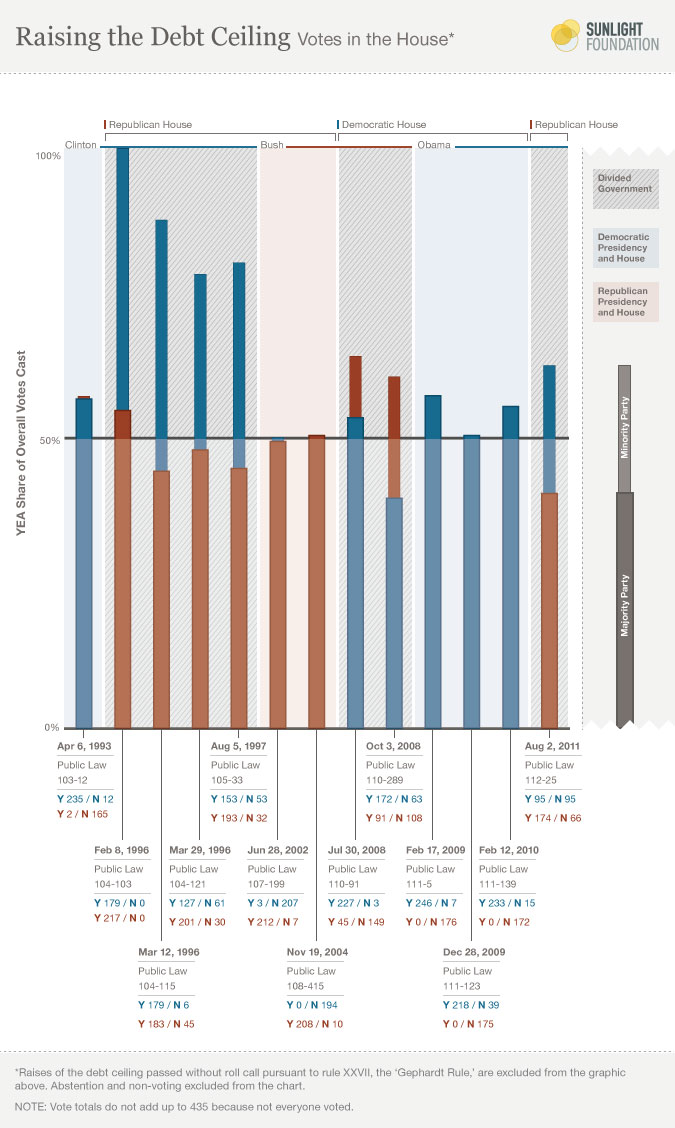 We’ll have more commentary forthcoming, but here are a few initial thoughts on what this graphic makes clear: