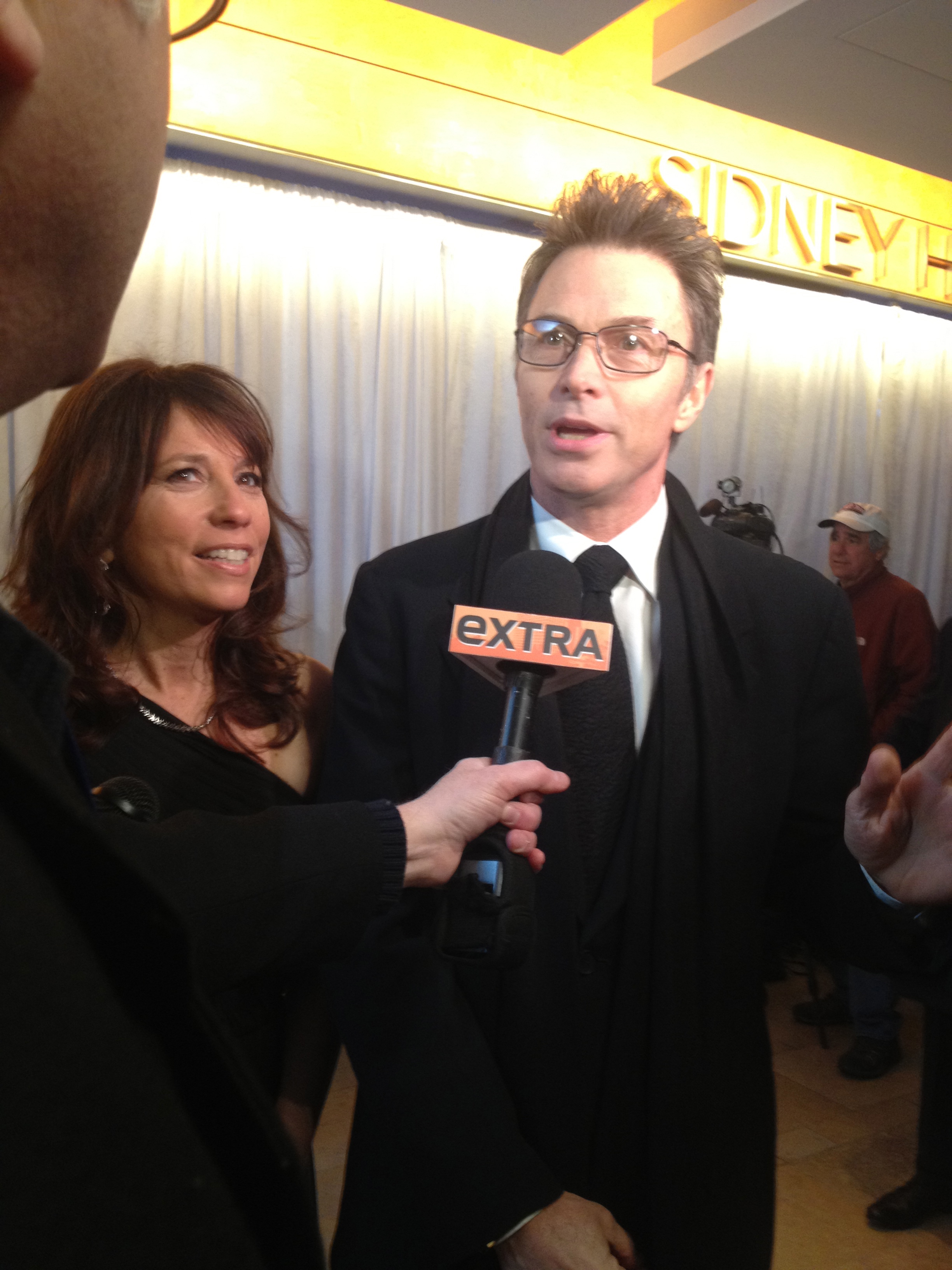 (Correction: This post has been updated to reflect Creative Coalition's mission. The group did not lobby for legislation aimed at stopping online piracy known as SOPA.)

Celebrities from John Leguizamo to Marlon Wayans were bused to Washington D.C.'s Shakespeare Theatre Monday night for a gala to celebrate the second inauguration of President Barack Obama but in an odd reversal of their usual good fortune, members of Congress found themselves shut out of the Creative Coalition's VIP party-within-a-party.

With the help of a long list of corporate and union sponsors, the entertainment industry group — which says it's lobbying for more federal funding for the arts — threw one of the glitziest bashes of the inaugural weekend.

Along the red carpet into the event, star after star fielded media questions on everything from what they thought of the president's speech to what they think the score of the Super Bowl will be.

Upstairs two events were taking place beyond where the media was allowed. On the second floor, there was a VIP reception with a special buffet and cocktail offerings. Later, those VIPs would get gift bags and prime seating at a Goo Goo Dolls concert.

Sponsors included the American Gas Association, the Nuclear Energy Association, Duke Energy, eBay and various labor unions. All paid between $10,000 to $100,000 to get their name on a poster board at the entrance. The top level sponsors got 50 VIP tickets to spread around.

On the third floor was the "standard admission" reception — with hors d'oeuvres but no buffet, cocktails but not "VIP cocktails," and no gift bag. That’s where members of Congress — at least the smattering that were on hand as of 10 p.m. — were stationed. According to an event organizer, the members couldn't go to the VIP area because it would violate a congressional ethics rules.

It's unknown if David Arquette, Omar Epps or Rev. Jesse Jackson Sr., all on hand, went up to the less glamorous third level. 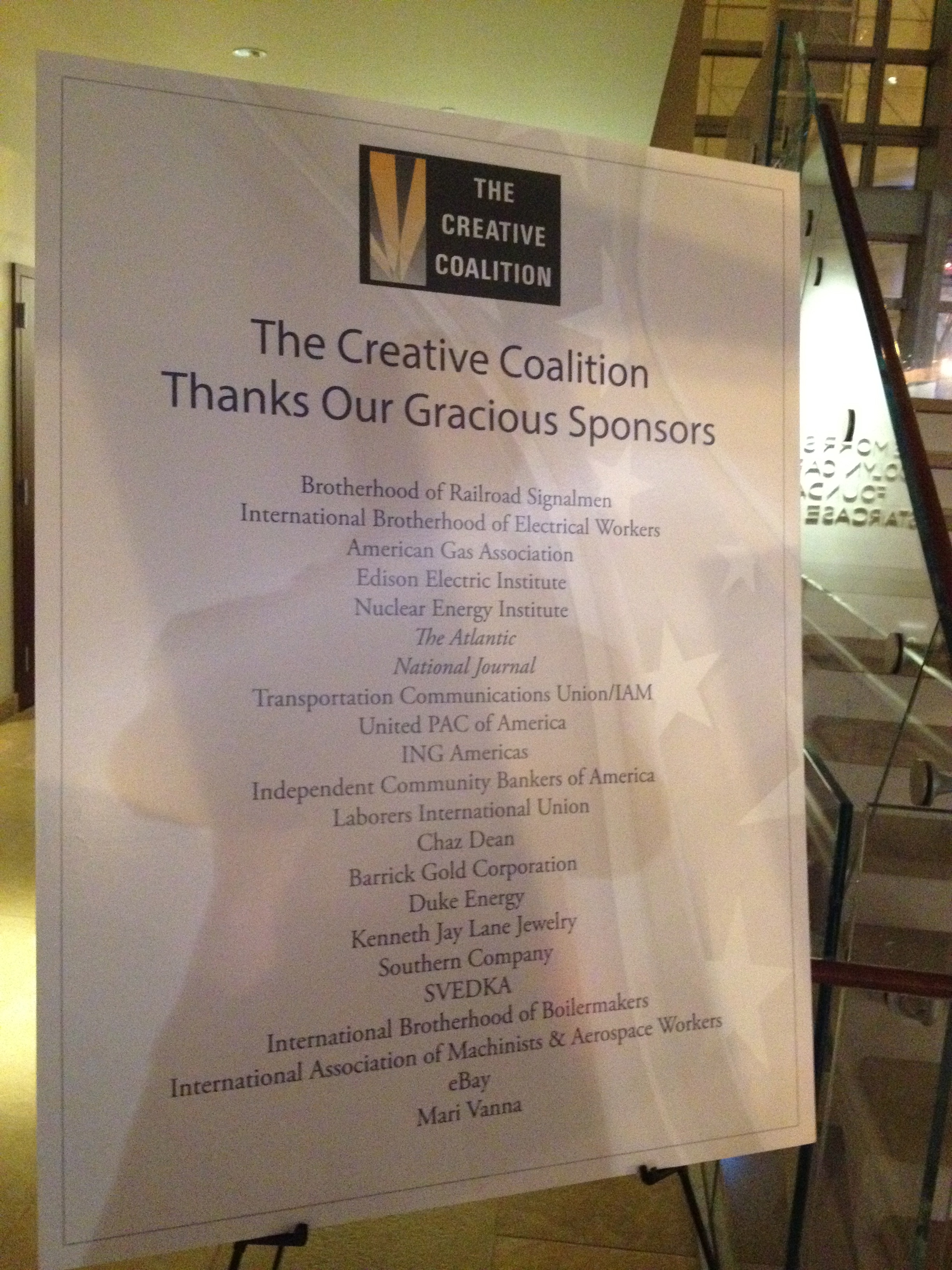 In relegating the lawmakers to the less-munificent event, the Creative Coalition was following a portion of the House ethics rules that say members can attend a charity event but can’t go to a VIP dinner associated with it. They can accept freebies like a ride to the event, the food and entertainment that are part of it but not “food or refreshments taken other than in a group setting with all or substantially all other attendees.” In other words: No truffles unless everyone else gets them.

The Creative Coalition did not say which specific rule it was following in an ethics manual riddled with many different caveats. And the House Ethics Committee does not comment on specific events. But members are barred from accepting gifts worth more than $100 from a single source in a single year.

That does not mean members of Congress were not sipping champagne with VIPs at other events throughout the weekend. It just means that those event organizers found another exception to the House rules that allowed them to hold it. For instance, organizers may classify a VIP reception as a “widely-attended” event,  meaning there are at least 25 people other than members of Congress and congressional employees present; lawmakers are allowed to attend such a gathering.

Although the Creative Coalition claimed more than 100 members of Congress as event hosts for its gala, few of them were streaming through the doors at 10 p.m., when the two official inaugural balls were taking place nearby. At least two lawmakers were at the theatre, according to an event organizer, including Rep. Joe Courtney, a Democrat from Connecticut. His aide was not immediately available for comment Tuesday.