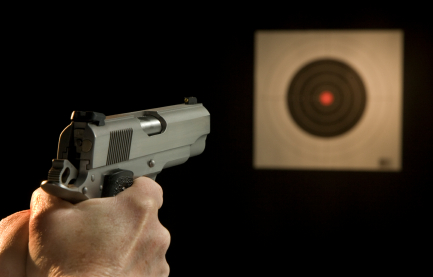 During the past two decades, the National Rifle Association has contributed more than $2 million to support politicians in New Mexico and Texas, where the nation's latest outbreaks of gun violence occurred this week.

Both are among the majority of states that provide broad protections for gunowners privacy, according to information compiled by the Sunlight Foundation.

MORE: For data on the gun debate, see the Sunlight Foundation's resource page.

Data pulled from Influence Explorer, a Sunlight Foundation database that tabulates federal campaign contributions from the Center for Responsive Politics and state contributions from the National Institute of Money in State Politics, illustrate the extent and depth of NRA's influence. While there are other groups that advocate for gun rights, the NRA by far spends the most on elections. In contrast, gun control groups contributed a relatively modest $40,500 supporting politicians in both states since 1990, Influence Explorer shows.

In New Mexico, where some state legislators are discussing new restrictions on gun ownership following the a teenager allegedly used his father's guns to kill his parents and siblings, the NRA has made more than $700,000 in campaign contributions to state and federal lawmakers. The gun rights group has been active in New Mexico campaigns running the gamut from last year's competitive U.S. Senate race to a host of state legislative contests. Among the recipients of the NRA's largesse: former Gov. Bill Richardson, a prominent ally of President Barack Obama — who is battling the NRA over proposed new gun laws — and the state Republican Party.

In Texas, where a gunfight on a community college campus left three people wounded this week, the NRA has made nearly $2 million in campaign contributions to candidates at the state and local level, including one contribution of more than $50,000 to help Republican Ted Cruz win his first election to the U.S. Senate. More than half of the state's 36 representatives in the U.S. House received contributions of $1,000 or more in their last election campaign, the data shows.

You can see the full list of NRA contribution recipients for New Mexico here and for Texas here.