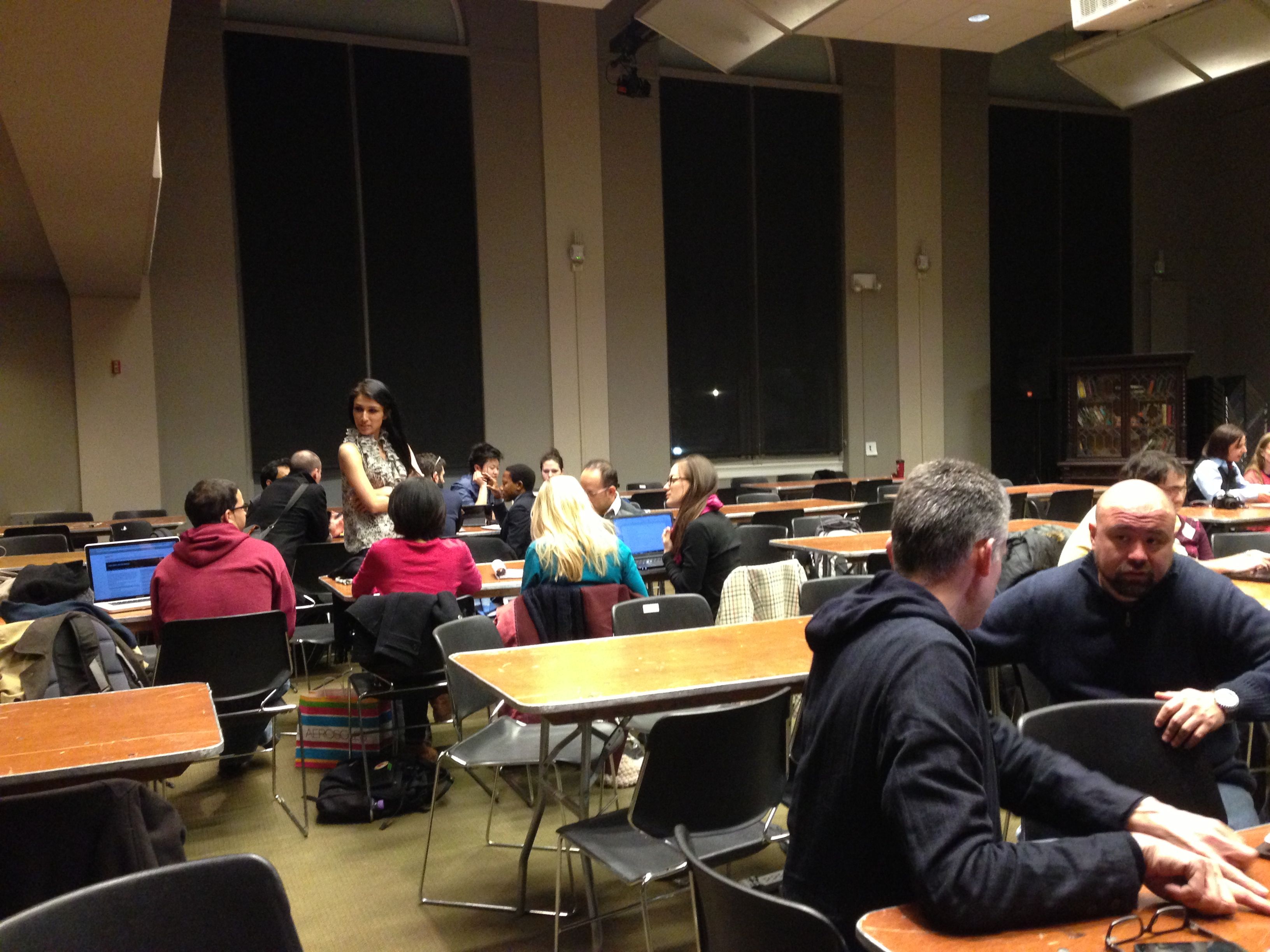 Participants came from as nearby as down the hall — some Columbia journalism students were in the room — and as far away as London, home of Chris Taggart, who is here to show off and recruit assistance for is work at Open Corporates.  Also mingling in the crowd, Sunlight Labs director Tom Lee, Jeremy Merrill of Pro Publica, Dante Chinni, founder of Patchwork Nation, and Steven Romalewski of the mapping service at CUNY's Center for Urban Research.

The Friday night event consisted of what one of our partners, Stanford journalism professor Ann Grimes, describes as "speed data-ing." Participants presented ideas and sought partners with expertise they need to accomplish their projects — or at least get them started this weekend. One Columbia j-school applicant wants to research the connections between private prison companies and the politicians who hire them. A Princeton masters degree candidate suggested using Benford's law to detect crude fraud by local officials and sought assistance in one area. "If anyone loves writing in English, we could do well together," he said.

A Columbia journalism school student from Australia said he has already recruited help at the Stanford campus for a project that will take a look at Washington policy makers' financial portfolios and analyze how their holdings affect decision making.

You can find some of the other project ideas here. The real work gets underway today when participants show up at Columbia and Stanford. Both schools will be live-streaming some of the speakers, including Steve Engleberg, editor in chief of Pro Publica and Robert Rosenthal of the Center for Investigative Reporting. More information about how to watch is here.

The bicoastal datafest was conceived by Teresa Bouza of the global news agency EFE and is being sponsored by the Sunlight Foundation, the journalism programs of Stanford University and Columbia University and the Brown Institute of Media Innovation with major funding from the MacArthur Foundation.