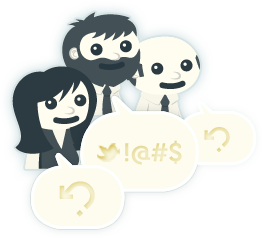 In a few hours, President Obama will deliver the annual State of the Union address to update Congress and the public on his administration’s priorities. In addition to the usual contest of claps and ovations v. frowns and silence, there are sure to be many reactions across social media. Along with many citizens following at home, members of Congress will be commenting including Rep. Steve Stockman (R-TX) who promises to be “live-tweeting official responses to the Address, debunking myths and fact-checking the President.” The Sunlight Foundation’s Politwoops is the best spot to track the bloopers among these rapid responses. We’ve just finished a full audit to make sure we follow as many official and campaign accounts of those in power.

Perhaps in preparation for an evening of active twittering and in fear of making Politwoops, Rep. Tom Price (R-GA) deleted a tweet simply reading “Test” and Rep. Matt Cartwright (D-PA) deleted one saying “This one is for Politwoops.” As our alert Jake Harper discovered earlier today, members of Congress are already getting a little over-eager with their thumbs. Rep. Yvette D. Clarke (D-NY), who is no stranger to historical mix-ups, plainly (and incorrectly) tweeted: “Abraham #Lincoln was the 14th President of the United States.” Instead of a correction, she opted to simply say “Happy Birthday President Abraham #Lincoln!”

Previous events that caused a flurry of Politwoops included the debates from the 2012 elections when a number of Republicans reacted negatively to Joe Biden and Rep. Ele claimed Mitt Romney “shot his whole wad in the first debate.” The incorrect news that the Supreme Court struck down the individual mandate was also a moment of regret caught by Politwoops. So if you’re watching the State of the Union, be sure to keep a tab of Politwoops open to follow the conversation of members of Congress that they may wish you hadn’t heard.