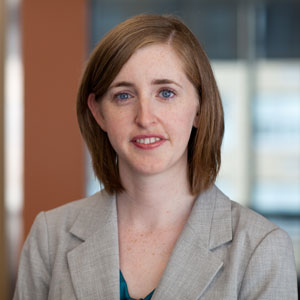 Mary Beth Hutchins is the Communications Director at Cause of Action. Prior to joining Cause of Action, Hutchins spent several years at an Alexandria, VA-based public relations firm where she managed press outreach for a number of national non-profit groups.

The need for government transparency has never been greater than it is right now and at Cause of Action, we’re working to make sure it happens.

As a nonprofit government accountability organization, Cause of Action works to expose cronyism, waste, fraud and mismanagement in the federal government through a combination of investigations, education and litigation.

With our staff of investigators, lawyers and communications professionals committed to government transparency, Cause of Action frequently uses Freedom of Information Act (FOIA) requests to shed light on otherwise opaque facets of the Federal Government.

By law, Americans have the right to access a broad array of information from the federal government through FOIA requests. However, roadblocks do arise when federal agencies put up obstacles and this is where Cause of Action’s combination of litigation with investigation can really sink teeth into the transparency debate.

One of our recent investigations took us through one such roadblock put up by the National Archives and Records Administration (NARA). NARA is in possession of the documents that contributed to the Financial Crisis Inquiry Commission’s (FCIC) report on the 2008 financial crisis and therefore, we argue, is subject to FOIA. In October 2011, Cause of Action submitted a FOIA request to NARA for “all documents, including email communications, memoranda, draft reports and other relevant information and/or data contained in the records transfer of Financial Crisis Inquiry Commission documents stored at NARA.”

NARA denied our request one month later on the grounds that FCIC records are not “agency records.” Their claim is that since the FCIC was a commission created by Congress, FCIC records are congressional records, which are not subject to FOIA. However, Congress and the FCIC turned over these records to NARA and for Congress to access them, they themselves must consult NARA. It raises a question of control: Does NARA’s control of these documents subject them to FOIA? We believe it does and we believe the law will back us up. So, after our appeal was denied, Cause of Action made the decision to pursue legal action and subsequently filed a lawsuit against NARA for the release of FCIC documents. It is our firm belief that American taxpayers deserve to know what information contributed to the FCIC’s findings on the financial crisis.

While on the surface this lawsuit may look fairly simple (we want records and NARA is refusing to give them), if we dig a bit deeper into the issues at hand, the real implications are astounding. If NARA wins, an avenue for obfuscation and withholding of documents emerges. One needn’t look further than a 2009 memo from President Obama that states, “All agencies should adopt a presumption in favor of disclosure, in order to renew their commitment to the principles embodied in FOIA and to usher in a new era of open Government,” to see guidance that is going ignored, in this case by NARA.

To learn more about Cause of Action, visit us on the web at www.causeofaction.org, or connect with us on Facebook and Twitter.