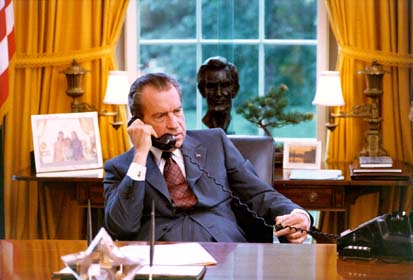 A little more than three years after its Citizens United ruling opened the door to super PACs and $90 million donors like Sheldon and Miriam Adelson, the Supreme Court is entertaining another challenge to campaign finance laws. This time the same lawyer behind the Citizens United case is questioning the cap on the amount of campaign contributions an individual can contribute to candidates and parties. If successful, the case could allow well-heeled donors to pour millions more into federal elections.

The justices' announcement Tuesday that they will hear arguments in the case threatens to blow another hole in laws intended to limit the influence of big money in elections. It also calls into question a decision upholding the caps by 4th U.S. Circuit Court of Appeals in Richmond, generally considered one of the nation's most conservative appellate courts.

At issue: One of two types of limits the Federal Election Commission puts on campaign contributions to candidates and regular political committees (there are none on super PACs, which are supposed to operate independently of candidates for office). The first sets limits on the amount an individual can give to an individual candidate ($2,600 per election), a PAC ($5,000 a year), national party committees like the Republican National Committee or the Democratic Congressional Campaign Committee ($32,400 a year), and the federal committees of state, local and district parties like the Republican Party of Iowa or the 3rd Congressional District Democratic Party of Michigan ($10,000 a year).

The second–called the aggregate limit–caps the total amount an individual can give during a campaign cycle: for the upcoming 2014 election cycle, that limit is set at $123,200 over two years. Of that amount, $48,600 can be contributed to candidates (of course, split among several candidates in chunks of $2,600 or less), and $74,600 to parties and PACs; of that latter amount, no more than $48,600 can be given to state parties and PACs.

In the current case, Shaun McCutcheon et al v. the Federal Election Commission, the plaintiffs are challenging the aggregate limit. The legal team, led by James Bopp Jr., the architect of the Citizens United case and a longtime foe of campaign finance limits, argues that the aggregate limit violates the First Amendment rights of McCutcheon, an Alabama man who wanted to exceed the limits and by giving additional contributions to candidates and party committees.

The contributions he did make to federal committees and candidates in 2012 totaled more than $386,000, but that amount includes donations to super PACs, which didn't count against the $117,000 limit.

If the Supreme Court strikes down the aggregate limit, an individual like McCutcheon could, if he desired, donate $2,600 to the primary and general election campaigns of every incumbent House member ($2,262,000) and every member of the Senate ($520,000). The same donor could give all six national party committees the maximum donation in 2013 and 2014 ($388,800). That adds up to more than $3.1 million and doesn't include contributions to state party committees and PACs.

"I would not be at all surprised if the court strikes down the aggregate limits on candidate and party contributions without expressly striking them for PACs, and having the FEC attempt to continue to enforce that aggregate limit," he wrote in an email.

In Buckley v. Valeo, the 1976 case in which the Supreme Court upheld both contribution limits to candidates and the right of individuals to spend unlimited sums on their own campaigns and on indpendendent expenditures, the aggregate limit, then set at $25,000, was upheld. Calling it a "quite modest restraint," the court reasoned that the limit would prevent an individual from evading the $1,000 contribution limit to candidates by donating massive sums to PACs likely to contribute to the candidate, or to the candidate's party.

In its initial court complaint, McCutcheon's attorneys argued that Congress amended the law after Buckley.

In its brief asking that the Supreme Court dismiss the appeal, the FEC noted that the aggregate limit prevents any individual from having too much influence through giving to politicians and parties. It noted that the limit was a response to Watergate-era campaign finance schemes including an effort by individuals in the dairy industry to split $2 million worth of contributions among hundreds of state parties which would use the money for then-President Richard Nixon's 1972 reelection campaign.

The Supreme Court will consider the case during its next term, which begins in October.