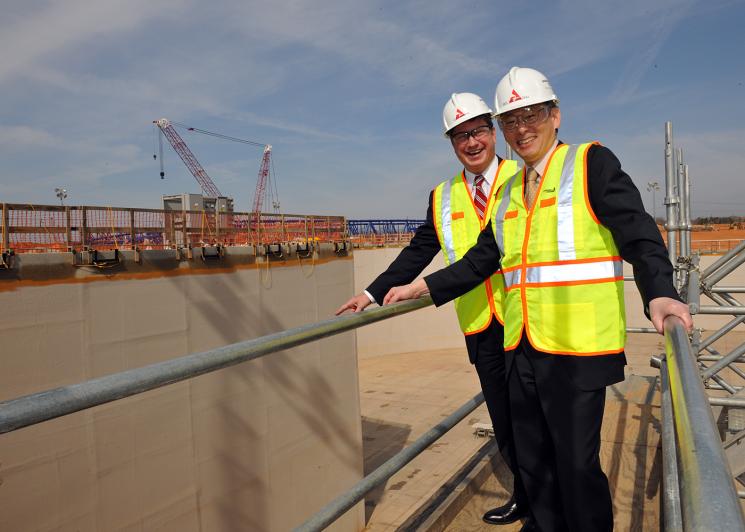 It turns out there was a good reason, The Nation points out, that we reported extensively on the donors behind President Obama's second presidential inauguration. One of the corporate donors, Southern Company, is expecting a big benefit from the administration.

An executive with the Atlanta-based utility said last week that the company expects to finalize its long-awaited $8.3 billion loan guarantee from the administration by the middle of the year to help it build a new nuclear power plant with two reactors, the Wall Street Journal reported. The historic loan approval was made in 2010 — to the ire of some Democrats and some environmental groups — but has still been waiting for final Department of Energy approval. That appears to be coming, with Energy Secretary Steven Chu saying that it's almost a done deal.

But that $100,000 donation is only known about because Sunlight called Southern Company to ask how much it gave and to its credit, a spokesman revealed the donation. But the vast majority of the two dozen corporations who contributed have not.

The Obama inaugural committee, which accepted corporate contributions and set no limit on the amount donors could give, did not release the amounts contributors gave, backsliding on its transparent policy from the last inauguration. The inaugural committee will not have to disclose its donors to the Federal Election Commission until late April.

Knowing how much each company was shelling out before the inauguration, not months after, was especially important considering Obama's decision to accept larger checks — as high as $3 million from AT&T — than any other president in recent memory. Opening the inaugural committee to unlimited donations and corporate cash came on the heels of his billion-dollar re-election campaign. And it preceded the formation of Organizing for America, the dark money organization that is the successor to Obama's campaign committee. Organizing for America, which due to its nonprofit status is not requred to disclose donors, is selling quarterly access to the president for those who give or raise $500,000, according to a report in the New York Times.

Corporations are normally barred from directly giving to politicians. But inaugural committees and the nominating convention host committees are glaring exceptions to that rule.

Southern Company has spent far more than its $100,000 contribution to Obama's second inaugural committee on political influence. It spent more than $15 million last year lobbying while its political action committee, employees and their family members gave a combined $1.5 million to candidates for federal office in the 2012 election. Southern Company also donated a combined $350,000 to the inaugurations of President George W. Bush.