Jason Hibbets is the project manager at Red Hat and lead administrator for opensource.com. He has been applying open 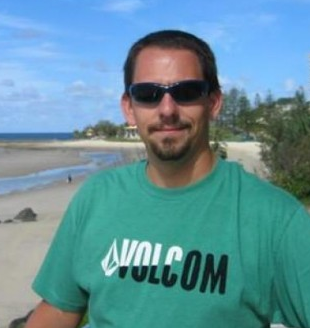 source principles in neighborhood organizations in Raleigh, NC  for several years, highlighting the importance of transparency, collaboration, and community building. Follow the rest of his thoughts at @jhibbets.

My latest writing project has been quite challenging. At the beginning of 2013, I wrapped up the first draft of a book I’m writing about the open government movement in Raleigh, North Carolina. The City of Raleigh has made a lot of progress over the last two years, which is part of the inspiration for collecting Raleigh’s story. The movement towards a more open and transparent government started to accelerate after the city council unanimously passed an open government policy.

Raleigh is on the verge of defining their open data policy and a draft of their open data standards is currently posted on Open Raleigh. From my conversations with Jason Hare, the Open Data Program Manager for the City of Raleigh, the city is about to strategically release a bunch of open data. All this is in preparation for an upcoming Triangle Datapalooza, a region-wide event rumored for later this spring that aims to excite the entrepreneurial community about open data and discover new opportunities.

This is all very exciting for civic geeks and hackers in the Triangle area. I’m excited because I saw an opportunity to collect Raleigh’s open government and open data story. I’m in the final stages of finishing the book. The first round of editing is complete and my editors and I are finalizing the latest changes. I plan to self-publish the book (paperback and eBook), and I’m considering starting an IndieGoGo campaign to help crowdfund the initial round of publishing. I am also crowdsourcing ideas for the book cover on my personal blog. 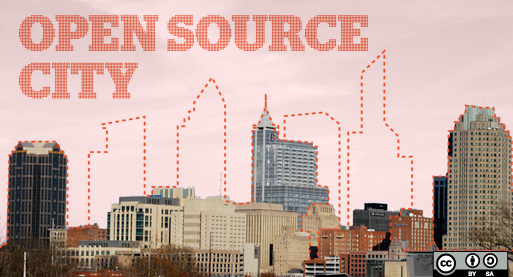 As a preview to The Foundation for an Open Source City, I wanted to share the introduction to the book and get some feedback from some of my potential readers. I’ve also included a sample of the table of contents so that you can get a feel for the structure and flow.

The book is geared towards an audience that is not familiar with open source or open government. However, I think this story will act as a great reference for those of us on the front lines. And hopefully, some of our elected officials will discover a copy or a kind citizen will accidentally leave the book in their office once it’s published. Until then, I welcome your feedback and support.

The Foundation for an Open Source City: Introduction Over the last two years, I found an interesting way to blend my passions for open source, my local Raleigh community, and civic participation. It comes in the form of open government. Along the way, I’ve found a great group of civic-minded geeks who share a similar passion and have stepped up to advocate for a more open government. My mission: to create a better citizen experience.

Today, the citizen experience for many individuals includes, but is not limited to, voting, lobbying and complaining about 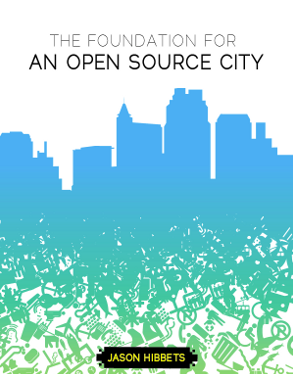 “government.” In the United States, the “government” includes citizens. For the people, by the people. But many of us let our busy lives and many times, politics, get in the way, distract us, or turn us off.

Think about your own experiences with government. How have you been disappointed? What could be better? How could the interactions you have be enhanced?

Our experience with government could be so much better. We have ideas on how to improve the communities we live in or fix a part of our government that isn’t working correctly or efficiently. But do we have the tools, knowledge, time, information or access needed to make these improvements?

Improving the citizen experience means that your interactions with government are more participatory and collaborative. And that starts with having a more transparent, open, and inviting government.

This book will explore Raleigh’s path to what I call an “open source city” and how the open government movement in Raleigh has accelerated over the last two years with the passing of an open government resolution, two successful CityCamp Raleigh events and the forming of a Code for America brigade.

First, I will define the elements of an open source city and demonstrate how Raleigh has applied those characteristics. We’ll explore the open source culture, government policies, events and economic development. Then we’ll  take a look at how open government is applied and some of the things I’ve learned through my travels.

This book draws on my open government experience and includes articles I’ve written and interviews conducted for opensource.com—an online publication and community exploring how the principles of the open source development model are applied to disciplines such as business, education, government, health, law, and life.

I’ve been employed by Red Hat since 2003, gaining ten years of open source experience. I’ve worked on opensource.com, described as a community service by Red Hat, since the project launched in January 2010. I have many roles at opensource.com including project manager, content curator, community manager, contributor and lead administrator.

Opensource.com aspires to publish all of their content under Creative Commons, and there are a number of articles and interviews originally published there that I’ve incorporated into this book. This book itself would not be possible without Creative Commons—a set of licenses that grant copyright permissions for creative works like this.

The purpose of this book is to tell Raleigh’s open source story and inspire others not only to participate, but to run with their ideas and improve our government. I want this story to be a catalyst for more open government, open data, and citizen participation, in Raleigh and beyond. Working table of contents

Chime in on the comments if you have any ideas. And I very much appreciate the efforts from the Sunlight Foundation for continuing to push the limits of open government and transparency and for allowing me to guest post and share this part of my story. You can help support the publishing of this book, by contributing here.