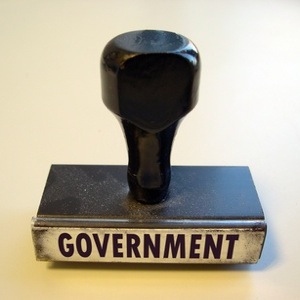 Today we’re excited to announce an expansion of our work in the area of government procurement. Sunlight has covered procurement before in the broader context of spending transparency, the poor state of contracting oversight systems, and the general inability to accurately identify contractors, but since it affects many different aspects of our work, we want to address it more holistically.

There are a few angles to pursue this from that are right up Sunlight’s alley and lots of good questions for us to dig into. Our natural inclination is to look for ways that more transparency in the contracting process could reduce corruption, improve government effectiveness, and allow for more accountability to citizens. It’s not just that our procurement process is sometimes opaque. The constellation of systems that exist across the government to solicit, manage, oversee, and publish procurement data is so disparate and confusing that it can not only alienate qualified small businesses and vendors from the process, but even seasoned auditors can have trouble navigating it. Combine the inherent complexity of the system with a shrinking acquisition workforce that is struggling to keep up with its training and staffing requirements, and you have a system that isn’t working well for anyone.

This leads us to ask where transparency can be introduced to alleviate some of these pressures. If the acquisition workforce that’s responsible for overseeing contractor performance is overwhelmed, doesn’t it make sense to expose more data around the bidding process so that we can help set them up for success? Ideally, transparency alone would deter a lot of bad behavior from occurring in the first place. But barring that, if bidders’ names and company information were public, a good deal of oversight could be done by the public and competing bidders. Watchdogs could ask basic questions about a bid: “Does this company usually work in the industry area it’s bidding on?”; “Were the losing bidders recently formed companies that were set up to lose?” Setting aside potential corruption in the bidding process, wouldn’t it be nice if there were better public metrics regarding which types of contracts get very few or single bids? Other companies can identify these single-bid niche markets inside government procurement and add more competition, which helps the whole process function better. 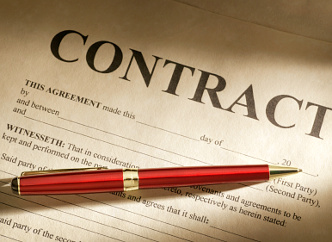 Once a contract is awarded, it is difficult for the public to track its performance. There have been one-off projects, like the IT Dashboard (currently archived pending new numbers) that show the public whether or not a contract is on-budget and on-time. That project was successful, resulting in the cancellation or scope reduction of several over-budget and over-time projects that just weren’t working. Unfortunately, this kind of information is difficult if not impossible to discern from the data on USASpending.gov. The full text of contracts is only available via the FOIA process, making it very difficult for an outsider to ascertain whether or not contract requirements are being met. This puts all the burden on the acquisition workforce to maintain information about a contractor’s performance. According to a report by the IG Council, officers responsible for suspending contractors from doing business with the government generally defer from taking this action until evidence comes to light via indictments, criminal convictions, or civil judgments. In reality, they could employ this process more often, as was the report’s recommendation. While a certain amount of responsibility must remain with these officers, making more contract data public can help make it easier for citizens to understand just what their government is acquiring.

These are just a handful of the questions that we’re beginning to investigate. In addition to exploring what the federal government could do better, we’ll also be writing about procurement systems at various levels of government (including internationally) and how the process differs from our own. There are some great tools out there that we’re looking forward to sharing with you, but we suspect their use here may be precluded by a lack of data. As we delve into this we’ll be writing about our work and soliciting feedback from our audience — starting with this post. Is there something about the process you think we should address? Do you know of an oversight or tracking tool we should be aware of? Let us know what you think in the comments. We can’t begin to tackle such a large and important topic without the help of our broader community, so I hope you’ll follow along and participate in the discussion.