Open data policies can come in different shapes, sizes, and strengths. The most common and idealized form aims to mandate or direct energy toward open data specifically (reflected in the recent wave of municipal referendums). Another takes the focus off of open data, and instead tucks related provisions into policies for other issue areas (a neat example is this (now tabled) Viriginia education bill, introduced in January).

We’ve seen this model before, most recently in Montgomery County, MD. In essence, this sort of legislation directs a particular agency (or, in Utah’s case, overhauls a snoozing Transparency Advisory Board) to study and make recommendations for online, best practice data disclosure.

Although it’s easy to think of these policies as a punt, this sort of reallocation of attention, time, and expertise can actually be a move to stabilize and ensure thoughtful implementation and real enforcement of an open data agenda — so long as it’s executed well, actually moves from planning to action, and operates start to finish within the public’s eye.

Utah’s Board will be one to watch, with a unique combination of state agency actors, legislators, archivists, technologists, county and municipal reps, and two members of the public. It’s a team that hints at greater ambitions for Utah’s approach to future online publication of data, one that seems to be looking, at least tentatively, outside the State House and towards Utah’s local governments. But we won’t know for sure until the board turns around its first series of recommendations, due by November 30, 2013.

In some ways, the final legislation is a departure from the original sketches of the bill that we saw back in January, but the spirit of that bill, which drew heavily from Sunlight’s Open Data Policy Guidelines, is still present. Section 1(10)(c) outlines the principles that will govern the Transparency Advisory Board and clearly defines critical features, such as the “removal of restrictions on the reuse of public information,” “creating permanent, lasting, open access to public information,” “publishing bulk [data],” and the “identification of public information not currently made available online and the implementation of a process, including timeline and benchmarks, for making that public information available online.” The process of enacting these principles at a state level will provide valuable insight and case studies which Sunlight will be sure to follow and hope other state governments will, as well.

In their essence, laws about opening data are mechanisms to preserve current best practices without isolating future innovation; they are pathways toward improvements in government efficiency and transparency that don’t guarantee success, but instead provide forward-facing guidance to turn good intention into action. We are enthused that Utah is taking this first big step and look forward to the second. 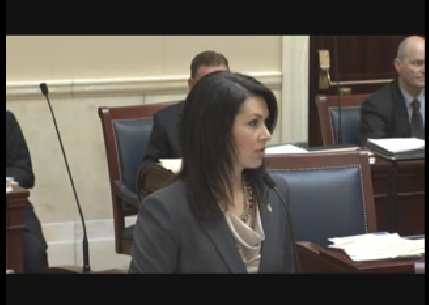