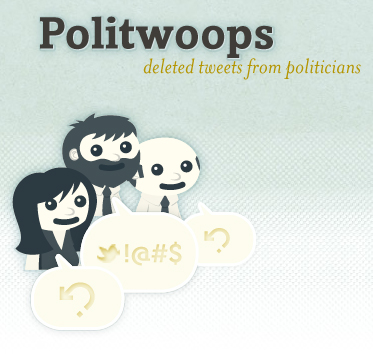 Elizabeth Colbert Busch, the Democratic nominee for South Carolina’s 1st Congressional District, deleted more than 500 tweets from her campaign Twitter account this morning. Colbert Busch will face the winner of tomorrow’s Republican runoff in the May 7 special election to fill the House seat that Tim Scott vacated when he was appointed to the Senate.

The deletions of @ColbertBuschSC’s account were caught by the Sunlight Foundation’s Politwoops project that will archive them in perpetuity. “We just had a much higher percentage of ‘re-tweets’ then tweets directly from the account,” campaign Communications Director James Smith emailed Sunlight. “Some followers said it was just hard to keep up with stuff we actually put out like for events, fundraisers, etc.”

At approximately 8:45 a.m. Monday, Colbert Busch — or, more likely, someone on her staff — began systematically purging her Twitter feed, beginning just 12 hours earlier and going back more than four weeks. Many deletions are retweets of support and replies thanking voters for supporting her campaign. Other tweets that got the hatchet today are mentions of the fundraising firms assisting her, digs on Republican ideology and responses sharing her beliefs.

To sift through the full collection of deletions, check out @ColbertBuschSC on Politwoops here.