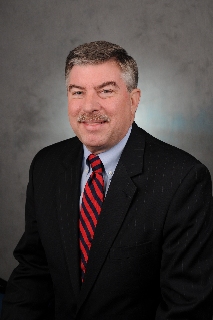 Rodney Bent is a U.S. Advisory Committee Member of Publish What You Fund — a global campaign for aid transparency. He spent most of his career with the US government, including more than 20 years with the Office of Management Budget, as well as time at the State Department and the Millennium Challenge Corporation.

Over the past 18 years, the American public told pollsters they believe the U.S. government spends way too much on foreign aid, reckoning that something like a fifth or a quarter of the federal budget is used for that purpose.

That, of course, is not true. It’s really “just” one percent of the budget, or more than $50 billion.  That’s still a lot of money. Senator Everett Dirksen might never have said “a billion here, a billion there, and pretty soon you’re talking real money,” but here we are talking real money.  What does the U.S. taxpayer get for that $50 billion?

It’s hard to know. It should not be.

On January 21, 2009, President Obama said his Administration was committed “to creating an unprecedented level of openness in Government.” I’d wager that he has done just that – the frontier of knowledge and the boundaries of available data have been pushed out. It is unprecedented, and for that, two cheers.

The Administration needs to do more to earn that third cheer. Unprecedented doesn’t mean good enough.

Sy Syms, the legendary discounter, had it right: “An educated consumer is our best customer.” Transparency in all government spending is essential but transparency in foreign assistance spending is critical. Foreign aid spending is never popular in Congress. American taxpayers, with respect to foreign aid, are neither educated consumers nor good customers.  The executive branch should help in the education by being much more transparent in what it does with foreign assistance.

It could start with the annual budget justification it sends to Congress. Last year’s justification states proudly that our diplomats and development experts

Whew. A long list of worthy stuff. I’m not against any of it and I doubt that many of you are either. But claiming you’re doing good stuff is not the same as doing good stuff, let alone demonstrating the same.

Others have extolled the virtues of more U.S. transparency in lofty terms. I’m more pragmatic.  To get funding for foreign aid, you need to explain to the U.S. taxpayer from Missouri the Five W’s and One H of good journalism: Who, What, Why, When, Where and How.

Under the light of a bright lantern we could get lots of important details to such questions as:

·      How and why are projects selected, awarded and implemented?

·      What is the cost of the program and what does it cost to implement it?

·      Who is monitoring and evaluating results and what are they?

Within the U.S. government, there is a treasure trove of information, but the details need to be available and accessible to be used. The State Department has been working on making things more transparent for the past 20 years, with the latest iteration being the Foreign Aid Dashboard. It’s a start, although the amount of light shed on the $50 billion is pretty dim. It’s more a night light than a lantern. It reveals the dollar amounts for a given fiscal year by country (say, Albania), sector (Peace and Security), initiative (Food Security), agency (State Department) and overseas contingency operations. It’s a step forward, and I’m not knocking the hard-working folks that put it together.

There is a brighter lantern, however, and one that the U.S. has agreed to – the International Aid Transparency Initiative. It will provide some of the details that will help not just the taxpayer from Missouri and Congress to understand more about the $50 billion, but allow our own and other foreign assistance agencies to know better what they are doing.

It’s time for the Obama Administration to use this brighter lantern.

Disclaimer: Ellen Miller is a board member of Publish What You Fund.