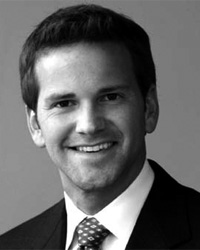 On the heels of the most expensive campaign in the nation's history, members of the House and the candidates who want to replace them are already raking in cash for the 2014 mid-terms. In the first three months of 2013, they collected a total of $68 million, records just submitted to the Federal Election Commission show.

Most of the biggest fundraisers are party leaders, topped by House Speaker John Boehner, R-Ohio, and Majority Leader Eric Cantor, R-Va. Rep. Jack Kingston, R-Ga., a senior member of the powerful House Appropriations Committee, came in third. But Aaron Schock, a three-term Illinois Republican seen at right, also rocketed to the top of the leaderboard.

Sunlight has been able to analyze and aggregate records for House candidates because they must file campaign finance reports electronically. Filings for Senate candidates won't be available until much later because the Senate continues to exempt itself from electronic disclosures.

SUNLIGHT'S VIEW: Senate should save taxpayer dollars and join the 21st century

This data is current as of noon, April 16 and will be updated with new filings or amendments as they are reported. Here's a look at who's on top — and who's not — as the candidates make the first turn in the 2014 race.

Members receiving the most this quarter:

Some of Boehner’s cash comes from corporate PACs: Donors such as Boeing, BAE systems, Microsoft and Honeywell already have maxed out on donations. In addition to Boehner’s candidate committees listed here, he also has a leadership PAC which raised more than $3.7 million in 2012. That PAC has not begun fundraising for the 2014 cycle.

The lone Democrat among the top 10 House fundraisers is Rep. Steve Israel, a New Yorker who chairs the Democratic Congressional Campaign Committee.

Schock, first elected in 2008, is one of the more unlikely top fundraisers. His high profile may reflect the fact that he's considering a run for governor in 2014. Under Illinois election law, Schock's House committee could legally donate $52,600 to a gubernatorial race. Schock is also under an ethics investigation for his role in trying to funnel a $25,000 super PAC contribution to a colleague last year. Federal election law bars candidates from raising more than $5,000 from an individual donor.

While some candidates are padding campaign warchests for next year, some 160 members are still trying to cover expenses totaling a combined $20 million from previous campaigns.

Rep. Alan Grayson, D-Fla., owes more than $2.18 million, a setback despite the easy win against Republican Todd Long. First elected in 2008, he lost his reelection bid in 2010 only to run again in 2012 from a different district, and the debt carried over from his loss to David Webster in 2010.

Top debtors from the quarter:

Capitol Hill veterans dominated the list of those with the most cash in the bank, including Rep. Frank Pallone, D-N.J. and Ways and Means Chairman Dave Camp, R-Mich. Some 45 members ended the first quarter with more than $1 million in hand; most of them faced little political opposition, records show.

Lawmakers with the most cash on hand: