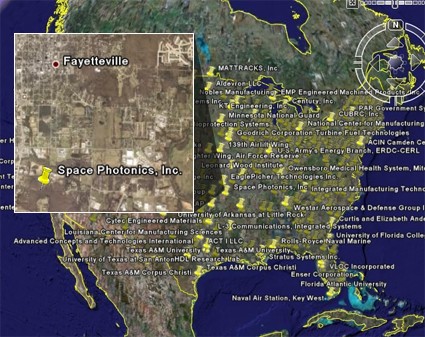 The instructions are written in obscure Washingtonese that only an insider could understand: “Please include the applicable account and line number in the beginning of the program request description (i.e. RDTE A Line 30).” The sentence is in a letter from House Defense Appropriations Subcommittee Chair C.W. “Bill” Young, and explains one of the requirements for filing “programmatic and language requests,” due starting today.

For most reporters, that kind of obscure language tends to make news antennae twitch. In this case, there’s good reason: Through these requests, a member of Congress, or group of members, can express own spending priorities, such as more money for community health centers or for various loan and aid programs that support low income housing. They may also give members a way to direct money to big contributors.

This is the third year that Congress will go through the appropriations process without earmarks, the line items in spending bills that allowed a member to direct money to urgent local priorities — or political cronies, depending on one’s point of view. But it turns out, there’s another way for members to ask for additional funding above and beyond what President Barack Obama requested in the budget he submitted to Congress last week, more than two months late.

Beginning in 2009, House and Senate rules required members to disclose their earmark requests online. In this case, because programmatic and language requests are not earmarks–they do not specify individual recipients–disclosure rules do not apply.

Bob Rapoza, executive secretary of the National Rural Housing Coalition, which is pushing for more money for low income housing along with Rep. Rubén Hinojosa, D-Texas, explained how the system works:  Members circulate “Dear Colleague” letters asking support for funding. “By signing onto it, members are agreeing to send a programmatic request,” he said. Rapoza added that, “All the programs we support have never been in an earmarked account. All the money is distributed on a competitive basis.”

To borrow the jargon of social media, think of it as “liking” a request to spend taxpayer dollars: More signers mean more programmatic requests, which means a better chance to secure the funding. In his instructions, Young asks each member co-sponsoring a programmatic request for the Defense appropriations bill to “use identical language” and to include “a scanned copy of the group request letter.”

And given the nature of the Pentagon’s budget request, it’s entirely possible for a member or group of members to steer money to a single recipient. That’s where that Washingtonese we started with comes in. “RDTE A Line 30” refers to funding for the Army’s Research Development Test and Evaluation budget. Line 30 refers to a specific program–Medical Advanced Technology–that the Army describes in its budget justification book, available here. In 24 pages of budget numbers and program descriptions, one finds that some components of the project are “congressionally directed,” others are described as congressional interest items. The recipients include a multitude of military and government research institutions. Other programs, however–particularly in the procurement section of the Defense budget–list just a single recipient.

Tomorrow, we’ll take a closer look at those.