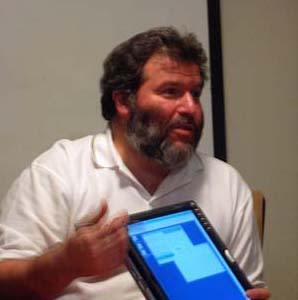 Adam Green is the CTO of UniteBlue.com — a social network for progressives based on Twitter. UniteBlue connects and organizes political activists on a national and state level. You can reach. Adam at adam@uniteblue.com.

One of the great challenges for political activism in each of the 50 state legislatures is providing timely information on bills as they move through the legislative process. The data provided by the Sunlight Foundation Open States API is comprehensive, but combing through it to find the limited number of bills that activists have the time to focus on can be overwhelming. I have found over 88,000 bills in the current session alone. We are now developing an early warning system at UniteBlue.com that can assist our volunteers in filtering this information flow down to a manageable level.

While the entire process will take months to complete, in this guest post I’d like to propose a triage model that can be used as a first step. Triage is the medical model used in hospital emergency rooms and during disaster responses. A high flow of patients is screened using certain “signatures” to determine which ones need to be seen first, such as blocked airways or dangerous vital signs. The process of triaging the high flow of bills coming from the Sunlight data will follow a similar model.

We are creating a database of signatures to automate the process of identifying bills that should be reviewed by a human volunteer. These signatures include:

– Specific combinations of words used in the title and text of a bill.

– Bills that have a high percentage of sponsors from one or the other of the political parties.

– Bills that are sponsored by specific legislators.

– Bills that have a very short time span between introduction and a proposed vote.

Each evening all the new and modified bill records delivered by the Sunlight Foundation Open States API will be gathered automatically and compared to these signatures. A simple user interface will allow volunteer screeners in each state to read through the bills with the highest alert rank based on the signatures. They can then “flag” the bills that others should read and discuss. An alert can then be sent to interested members in each state using a combination of emails, tweets, and Twitter Direct Messages with a link to a detailed breakdown of the bill.

We have been told by our volunteers that just this first step will make their activism more efficient. The goal is to make sure that the first time our members hear about a new bill is from one of our alerts before it is voted on, instead of after it has already been passed or defeated.