Last week, freshman Rep. Ann Wagner, R-Mo., introduced the Focusing the SEC on Its Mission Act (H.R. 1626). If passed, the bill would prohibit the Securities and Exchange Commission from issuing rules requiring the disclosure of corporate expenditures for political activities. 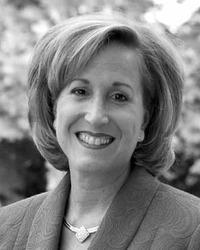 The bill is an explicit attempt to negate a proposed rule that has been gaining momentum and public support since last year. The rule, which would “require public companies to disclose to shareholders the use of corporate resources for political activities,” recently racked up half a million public comments, a record for the SEC. The rule would represent a step towards shedding light on the flood of dark money that has recently overwhelmed American elections.

The bill was just introduced last week and hasn’t garnered much press attention yet. I was able to discover it thanks to Scout, Sunlight’s legislative tracking tool, and a custom alert that tracks bills that change the Federal Election Campaign Act of 1971.

It remains to be seen if the bill will gain traction in Congress, but it is surely worth keeping an eye on. Since court opinions that made it easy for wealthy individuals and corporations to pump huge sums of money into political campaigns, Republicans in Congress have flipped their opinions on disclosure and could push this legislation as a way to keep political money in the dark.