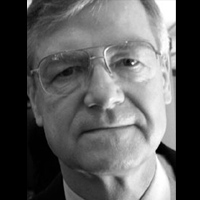 It would be hard to imagine anyone who more perfectly and consistently embodied the principles that animated his all-too-short life than Bob Edgar.

An ordained minister, he entered public life as one of the 1974 “Watergate babies,” elected to Congress to reform the political system that corrupted a president. On Tuesday, he left the world he spent his life trying to improve as head of the venerable “citizens lobby,” Common Cause.

Edgar’s wife, Merle, told reporters that her husband was running on a treadmill when he collapsed at home. To those who knew him, Edgar’s death was shocking, not just because he looked at least a decade younger than his 69 years, but because he was a runner who never seemed interested in reaching a finish line.

After 12 years representing a suburban Philadelphia district in the House, Edgar saw his political career come crashing to an end when he tried unsuccessfully to defeat Sen. Arlen Specter, then a Republican, in 1986. But his career in public service was just beginning.  He served seven years at the secretary general of the National Council of Churches before taking the helm of Common Cause in 2007. In that job, he exercised his talents both as a reformer and a minister.

Ten days ago, speaking to an audience in Wisconsin, Edgar urged his listeners to engage in “ego disarmament” in order to focus on the goal of eliminating the influence of money on politics. “We need to be the leaders we’ve been waiting for,” he said.

Today, there is one fewer of those leaders. So instead of the traditional “rest in peace,” we will honor a man who never seemed willing or able to rest by running in his footsteps – towards a more open, more just democracy where votes count more than money.