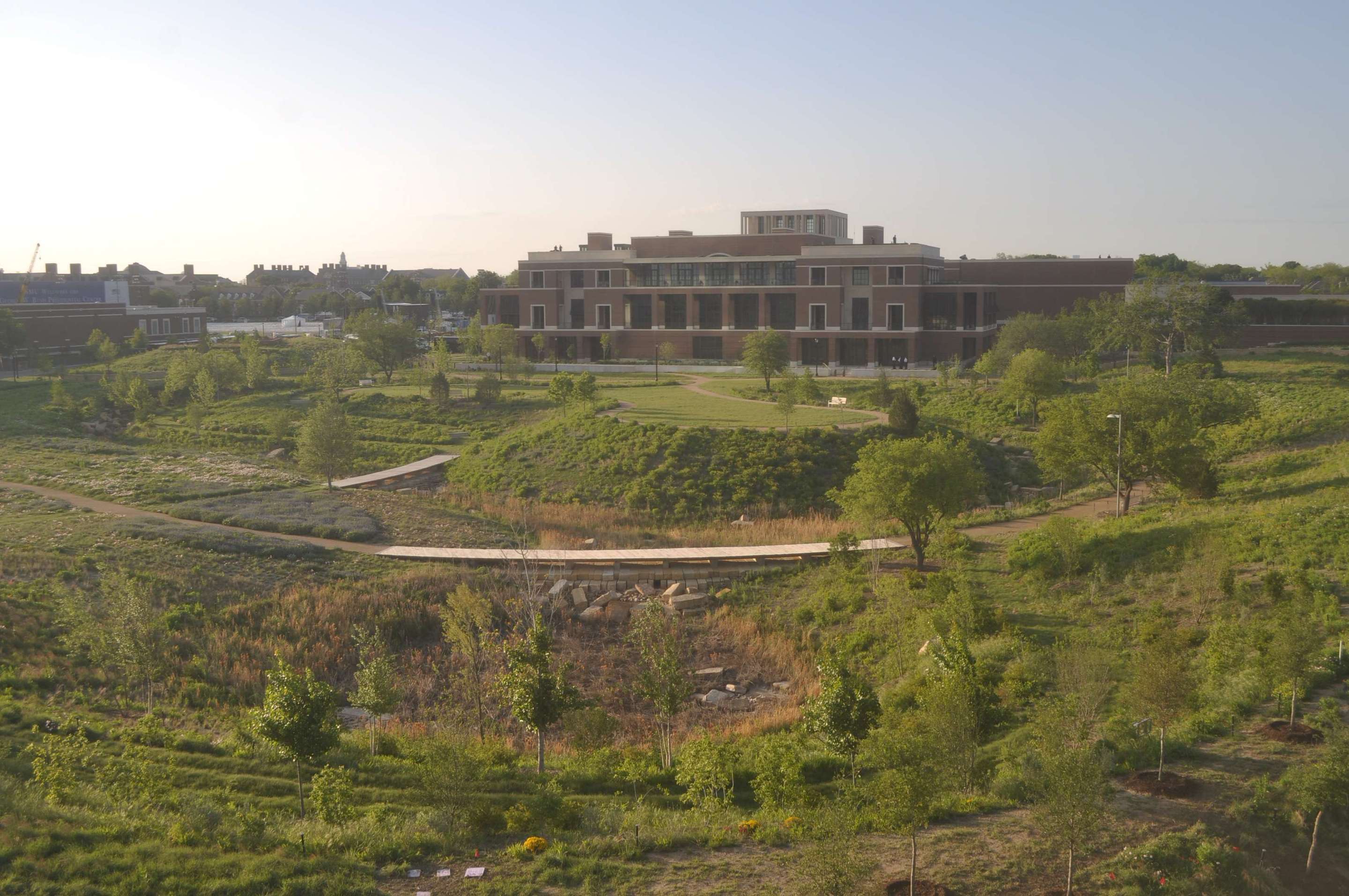 When he attends today's dedication of the George W. Bush Presidential Center in Dallas, along with four of his predecessors, President Barack Obama will have a chance to look at the wall of million-dollar donors — more than 160 of them.

The identities of those donors, who helped provide the more than $500 million raised to build and endow the new library and institute honoring the nation's 43rd president, were unknown until recently. Even now, the Bush foundation isn't releasing names of all of its donors, and there is no law requiring it to do so.

A House committee in March approved legislation that would change that, requiring disclosure of contributors to presidential libraries on the Internet every quarter. A similar bill has passed the full House in prior years only to die in the Senate.  The Sunlight Foundation is joining more than 20 other organizations in support of the bill, authored by Rep. John Duncan, R-Tenn.

Still unknown: Whether Obama, a longtime advocate of transparency, will get behind the legislation. A White House spokesman earlier this month and again this week declined to say. As a senator, Obama was outspoken about the need for transparency when it comes to presidential library contributions. At the time, he was running for the Democratic presidential nomination against Hillary Clinton, who was taking heat for the failure of her husband, former President Bill Clinton, to disclose donors to his presidential library.

At a 2007 presidential debate with Clinton and other Democratic rivals, Obama went along with moderator Tim Russert when he asked whether all the candidates agreed that donors to presidential libraries should be disclosed.  "I just want to amplify on this issue," the future president added.  "Because I think it's important not only that all this information is disclosed, but I also think that we need to have a situation in which we are disclosing the funneling of large donors." Earlier that year, Obama had co-sponsored an amendment — which became law — requiring lobbyists to report donations to presidential libraries.

For Duncan bill to have an impact on disclosure of donation's to Obama's future library, it will likely have to be passed soon.

That's because presidents start fundraising for their libraries early, usually by the second year of their second term, according to Thomas A. Schwartz, a Vanderbilt University historian who studies U.S. presidents. As this 2008 Congressional Research Service report recounts, presidents since Franklin Roosevelt have taken responsibility for raising funds to house their papers in institutions which they then have donated to the National Archives. But over the years, presidential libraries have become more and more elaborate. To protect taxpayers from having to foot the bill for maintenance on ex-presidential Taj Mahals, Congress now requires that all presidential libraries come with an endowment equal to 40 percent of each institution's assessed value. But Congress has never required that donations be disclosed, though lawmakers of both parties have periodically tried to advance bills that would do so.

"These things are hugely expensive now, partly because presidents want foundations to go with them to continue to advance their favorite policies and ideas," Schwartz wrote in an email. "Obama has been careful not to advertise the fact, but I would imagine his people are already hard at work on it — and they will be even more after Thursday's view of the Bush Library!" he added.

Obama has said he has not yet decided where his library will be but organizers from his adopted home, Chicago, and, his birthplace, Hawaii, have been actively campaigning for the honor.

It's unclear when fundraising will begin. President Clinton was fundraising for his library in 1999, while he was still in office, courting fashion industry executives in Manhattan and businesspeople in Little Rock, Ark. George W. Bush reportedly had raised $100 million within 100 days of leaving office, most of it collected after he left his post, Time magazine reported. Obama, who has spent far more time attending fundraisers than his predecessors, and spent Wednesday night at one in Dallas for fellow Democrats, will not have lost any practice for making pitches.

That's just what worries the sponsor of the disclosure bill.

Duncan originally became concerned about the issue, his spokesman Patrick Newton said, when reading about donations from that governments in the Middle East made for President Bill Clinton's library while he was still in office. Clinton also generated controversy when, in his last hours in office, he pardoned fugitive financier Marc Rich. Rich's ex-wife, Denise Rich, donated $450,000 to the Clinton presidential library. Clinton voluntarily divulged the identities of donors to his library in 2008 as part of an effort to help ease his wife's confirmation as secretary of state. Among his benefactors: foreign governments, including Saudi Arabia.

Duncan is worried about "people donating money while the president still has power," Newton said.

His legislation would require disclosure of donations future presidential libraries only. That's because it covers the period before the private foundation formally transfers the library and museum to the National Archives and Records Administration, as the Bush foundation did Wednesday, after the bulk of the fundraising has been done, according to Newton.

A private foundation will continue to operate the George W. Bush Institute, which is a think tank, the grounds, and its commercial spaces, according to the Dallas Morning News. But money raised for those purposes would not be covered by Duncan's legislation.