Is the Federal Election Commission broken? That's the question a watchdog group asked a panel of experts on the day that the last of the current commissioners' terms expired, leaving the agency that oversees campaign finance law with one vacancy and five holdovers. Campaign finance reformers used the occasion to call on President Barack Obama to appoint new commissioners, something the president hasn't bothered to do since the Senate refused to act on his last nominee.

Unsurprisingly, the campaign finance lawyers — from hard line advocate of decreasing regulation Brad Smith to the liberal activist Larry Noble and the somewhere-in-the-middle private practice attorney Laurence Gold — were just as polarized as the Federal Election Commission members themselves. The event was put on by the Citizens for Responsibility and Ethics in Washington (CREW) at the George Washington University Law School. 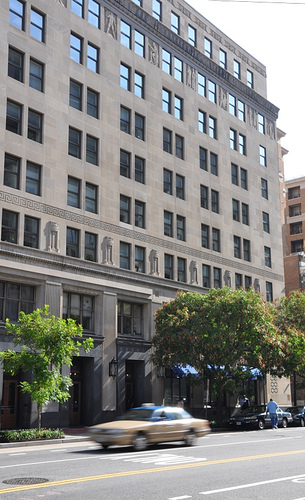 One embodiment of FEC gridlock is the growing number of deadlocked votes along partisan lines. Decisions require three commissioners from one party to muster at least one other vote from a commissioner of the other party.

Deadlock votes increased from one percent in 2003 to 18.5 percent last year on proposed enforcement actions, according to Public Citizen, a campaign finance reform group. The commission is also taking action less often, voting 1036 times on enforcement actions in 2003 compared to 135 last year. Votes on the proposed rules and proposed audits have also decreased while votes on advisory opinions have stayed more stable.

Noble, a former FEC general counsel who now serves as president of Americans for Campaign Reform, called the FEC a "sham of an enforcement agency" where there is "real blockage." "It's a total system crash," he added.

"This is a law enforcement agency dealing with one of the most important issues we face…and the fact that this administration and Congress or Senate have not been able to deal with putting on commissioners to the commission…tells you a lot about how seriously they take the commission." he said.

Noble added that "There are commissioners who just basically believe the law should not be enforced," he said, a reference to GOP commissioners,who have voted for less campaign finance regulation.

Noble said he would be satisfied with replacing all the commissioners. His group, and others, sent a scathing letter on Monday to Obama, castigating the president for his failure to address the nation's "corrupt campaign finance system," and his failure to nominate a new FEC commissioner in more than three years.

But other panelists argued that the FEC is deadlocked by design. The agency "was designed to be non-decisive," said election law professor Richard Briffault, noting the partisan breakdown of the commissioners. That's been exacerbated, he said, because as the parties have become more polarized, so have  their respective views on campaign finance laws.

Gold, who represents labor unions and nonprofits on campaign finance issues, said the main problem is not the FEC but the law, which has been "somewhat convulsive" in recent years.

Panelists who advocate for less campaign finance regulation, agreed with that sentiment. Brad Smith, a former FEC Commissioner and chairman of the Center for Competitive Politics, said there are "disagreements among the commission about where the law actually is."

Eric Wang, a former staffer for Republican FEC Commissioner Caroline Hunter who now working for Americans for Prosperity, one of the political non-profits that have benefitted from the looser campaign finance regulations following the Supreme Court's 2010 decision in Citizens United, argued that the FEC's critics are sore losers.  “What the complaints are really about are the failure by the commission to go in lockstep with the radical regulatory agenda of the so-called reform community," Wang said.

Briffault proposed one solution to the FEC gridlock: Congressional leaders from each party could propose commissioners that would be at least acceptable to the other side, providing Obama with a list of politically viable candidates.

There was also a divide over the proper role of executive branch agencies like the Securities and Exchange Commission delving into campaign finance. The SEC is considering a rule that would require public companies to disclose their political donations to shareholders. The Sunlight Foundation has supported such a rule in the past.

Smith called this "simply bad government" for two reasons. Agencies should focus on their expertise, he said. And an issue stuck at an agency due to partisan gridlock should not be made unstuck by being addressed at an agency with a different structure, where one party holds a majority of commissioners. Noble retorted that the SEC has authority over corporate disclosure so the rule is in its wheelhouse.

Despite the disagreement, most panelists agreed the FEC would benefit from some fresh blood.

"The culture of the commission clearly has gone awry," Gold said.

"You really need six people to sit at the table that can talk to each other," said another panelist, former Democratic FEC commissioner Scott Thomas.