(CORRECTION: This post has been updated to eliminate the name of the American Bankers' Association's Michael Hunter, incorrectly identified in earlier versions as an alumnus of Watt's office. Hunter worked for former Rep. J.C. Watts, R-Okla.)

Rep. Mel Watt, President Barack Obama's pick to lead the agency that regulates Fannie Mae and Freddie Mac, insurers of most of the country's mortgages, is getting strong support from his party's liberal wing despite close ties to an industry with a big stake in how — or if — the controversial quasi-government entities are wound down. 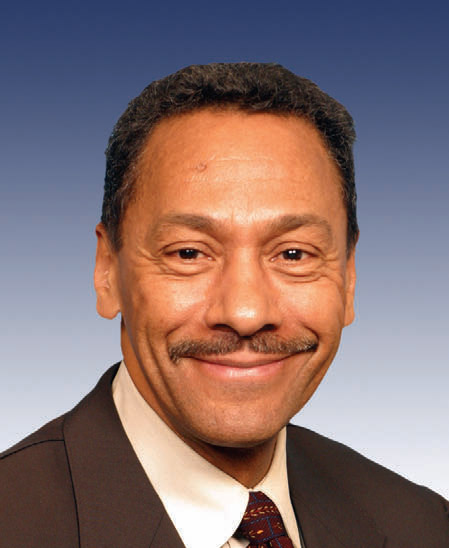 The North Carolina Democrat who was tapped Wednesday to head the Federal Housing Finance Agency received more contributions from the banking sector than any other during the course of his more than two decades in Congress. In addition, at least two former Watt staffers are working for big banking interests with a stake in the future of Fannie and Freddie — and in an issue that Watt would have to decide if he is confirmed as director of the Federal Housing Finance Agency: Will Fannie Mae engage in "principal reduction," or banks forgiving part of the loans, for people with underwater mortgages, a proposal advocated in the last Congress by more than 100 House Democrats — including Watt.

The Watts staffers now on banking industry payrolls are:

Brayboy was among the influential officials offered a VIP loan by mega subprime lender Countrywide Financial from 1996 to 2008, according to an investigation led by House Oversight and Government Reform Committee Chairman Darrell Issa, R-Calif.  In vouching for Brayboy, Countrywide lobbyist Jimmie Williams noted that she worked for Watt, a member of the Financial Services Committee and a sponsor of legislation to rein in predatory lending, adding that Watt's staffers "do view Countrywide as a trusted advisor." The report doesn't say whether Brayboy, who now lobbies on housing issues for Goldman Sachs, accepted the loan.

Issa's report alleges that Countrywide's sweetheart offers to officials were designed to protect its relationships with the mortgage giants and with congressional regulators. The company's risky subprime lending practices led to its meltdown and sale to Bank of America in early 2008, and BOA earlier this year agreed to pay more than $10 billion to recompense Fannie for bad loans the agency insured for Countrywide.

Watts' relationship to the financial services industry was questioned in 2010, when he was being investigated by the Office of Congressional Ethics, a quasi-independent body that refers ethics cases to Congress, for a fundraiser from which he snagged donations from banking industry PACs, including Goldman Sachs, just two days before a crucial vote to overhaul government regulation of the industry. One question was whether Watt was improperly influenced by auto dealers when he pulled an amendment to the bill that would have given authority to the Consumer Financial Protection Board to review the direct loans they provide consumers.

The OCE later cleared Watt of any wrongdoing. But Watt was later part of an effort in Congress to undercut the investigative body by trying to slash its budget by 40 percent.

Within hours of Watt's nomination, one of the Consumer Financial Protection Board's founders and most ardent defenders, Sen. Elizabeth Warren, D-Mass., issued a statement supporting him. The Center for Responsible Lending, a think tank pushing for more government intervention in the mortgage market, praised him too for his "ability to work with a variety of stakeholders, with many competing interests and perspectives."

A spokesperson for Rep. Watt did not respond to emails asking for comment before publication of this story.