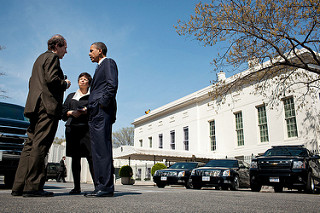 The postponement of regulatory measures that would put a much ballyhooed food safety law into effect has focused attention on a little known White House agency that reviews regulations.

Among a series of regulations that has been the focus of heavy lobbying by the food industry, three rules remain stuck at the Office of Information and Regulatory Affairs (OIRA), where they have been awaiting action for more than a year. The trio is part of a package of five rules that implement the 2011 Food Safety and Modernization Act. The other two were released for publication earlier this year by OIRA, and now are stalled at the FDA, which under industry pressure recently  announced that it was extending the public comment period until August.

The result: no part of the food safety law has been fully implemented, while news reports of people sickened by outbreaks of e coli, salmonella and listeria in food continue to roll in. Late last month, a federal judge ordered the FDA to come up with a new plan for meeting missed deadlines in implementing the law.

Altogether, the food safety regulatory package has attracted more attention from outside groups than any other FDA initiative under review by OIRA, a part of the Office of Management and Budget (OMB), a review of White House meeting records shows. During the 17 months since the FDA sent the rules to OIRA for review, the White House office has reported a series of eight meetings with outside groups, the most recent dated March 21. Industry representatives and lobbyists have outnumbered consumer and health advocates by a ratio of three to one. The United Fresh Produce Association of the Americas, the Produce Marketing Association, Tyson Foods, and Cargill are among the industry groups that have weighed in. (For a complete list of meeting attendees, see the spreadsheet below.)

"The problem here is OMB," says David Plunkett, a senior attorney for the Center for Science in the Public Interest, a consumer group. Plunkett, who himself attended a meeting on the food safety rules at OIRA last year and says he has also attending meetings with FDA officials that are not included in the meeting logs. Plunkett expressed some sympathy for industry groups that asked for an extension of the comment period on the two rules that have been released by OIRA, saying that it is difficult for outside groups to construct a response when several relevant rules remain stuck at the office. The regulations do not become available for public comment until OIRA releases them.

Consumer advocates also say that OIRA made weakening changes to the two food safety rules that were released for publication. "During the regulatory review process, OIRA removed important safety testing requirements from the "preventative controls" rule, which were intended to prevent foodborne pathogens from entering the food supply," wrote the Center for Effective Government in a blog post last month.

Congress approved the Food Safety and Modernization Act in late 2010 after a series of illness outbreaks sickened and even killed hundreds, from salmonella in peanut butter to e. coli in spinach. The FDA sent proposed regulations to OMB for review in December 2011. The two proposed rules released by the OMB earlier this year and then proposed by the FDA deal with new standards for farms growing produce and for processors that handle fruit and vegetables. The three rules that are still under review by OIRA deal with the safety of imported foods and food meant for consumption by animals.

As a policy, OMB does not comment on the status of rules that are under review. Indeed, the food safety rules are a subset of a long list of regulations that make their way to OIRA for review and then sit, often for years at a time before they are ever published in the Federal Register. The complaint that OIRA, part of the Office of Management and Budget, holds up and weakens regulations stretches back decades, when President Ronald Reagan signed an executive order creating the agency, giving OIRA authority to review regulations before agencies publish them for public persual in the Federal Register. Since then, OIRA has become a place where outside groups can go and plead their case. The agency makes meeting records with outside parties concerning regulations under review available here.

"[A] lot of potential rules, favored by one or another influential group, never saw the light of day," writes Cass Sunstein, the most recent OIRA administrator  and now a professor at Harvard University, in his new book, Simpler, the Future of Government. Recently, President Barack Obama announced the nomination of a new administrator, Howard Shelanski, a Federal Trade Commission economist who clerked for conservative Supreme Court Justice Antonin Scalia. Shelanski has donated $11,300 to political campaigns, most of this amount going to support Obama's campaigns for president.