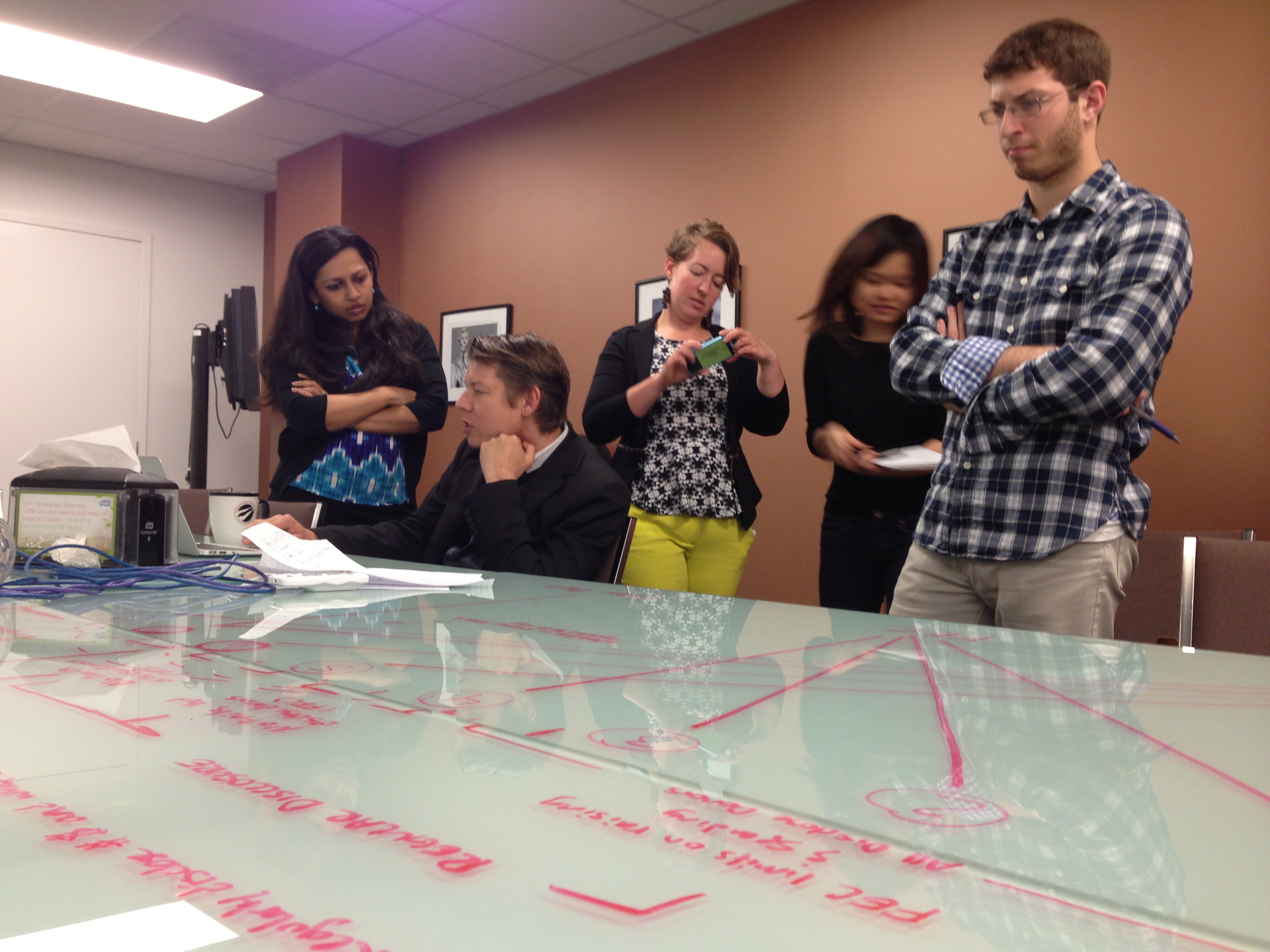 If it makes you all feel any better, campaign finance is hard for us too.

At the Sunlight Foundation Reporting Group, we make a speciality of money in politics reporting, so when the dark money groups that we often cover burst into the headlines — on reports that the Internal Revenue Service was denying the coveted tax exempt status to Tea Party groups — we figured it was time to put what we know about the campaign finance ecosystem out there.

The process turned out to be revealing, if painful.

You can see the final product here. But we learned a lot getting there and wanted to share some of that with you.

Some of the most jaw-dropping revelations that journalism can provide come when you try to translate something that's complicated into something that's understandable to the uninitiated. Turns out, when you start to describe a system, the complexities of which you've long taken for granted, you see it in a new light. Kind of like the light that allowed the famous little kid to observe that the emperor had no clothes.

When we sat down to try to explain how campaign finance (doesn't?) work to our designer colleagues, the picture started to get more and more complex.

We eventually threw away the looseleaf paper and resorted to writing on the table. 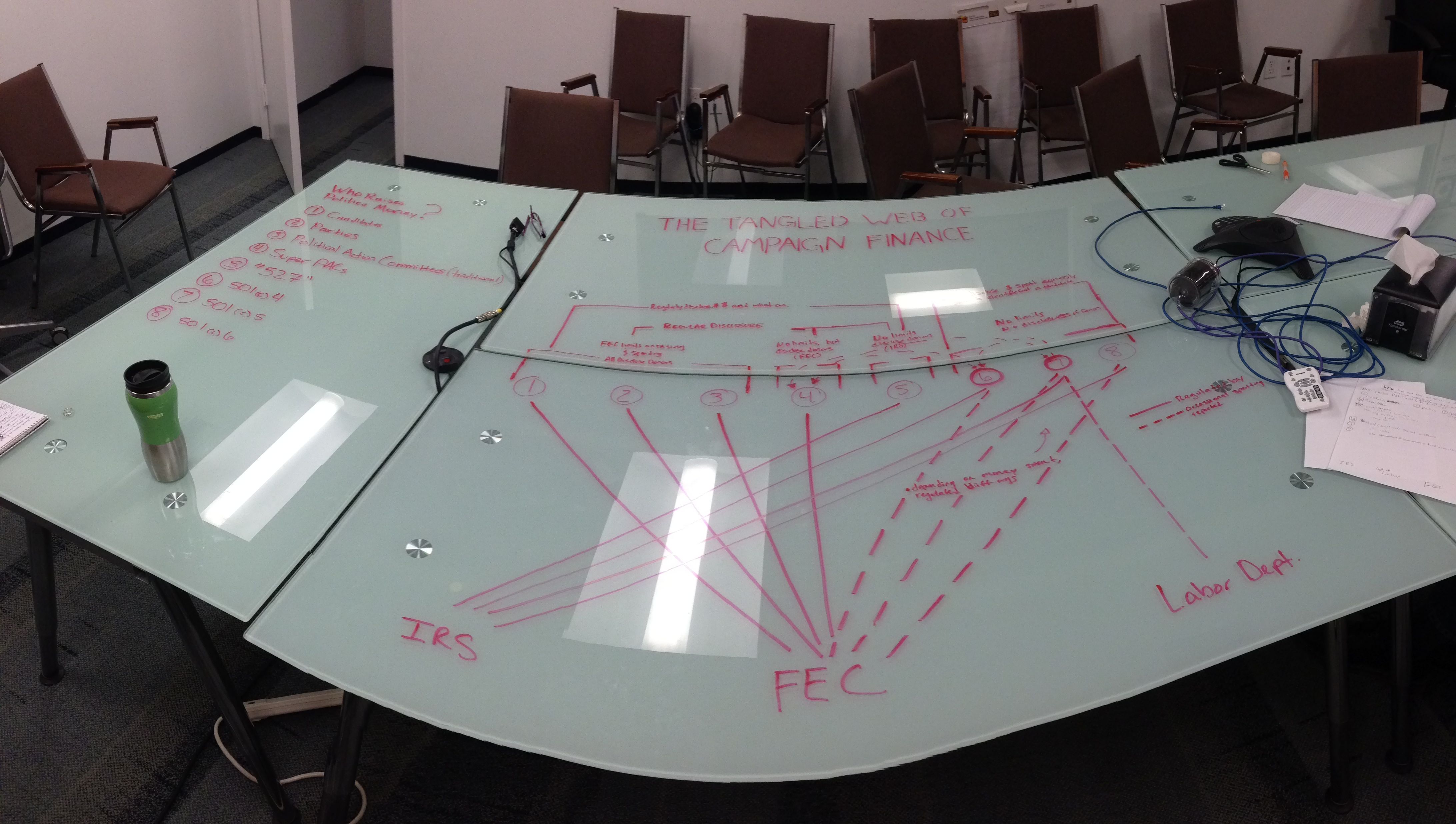 Every time we thought we had it nailed, one of us thought of a new wrinkle.

"I hate to muddy the waters, but . . . " our resident campaign finance wizard, Bill Allison, kept saying.

Of course, the waters are muddy. Could that be for a reason? The harder to follow the money my dears.

We'll end with this clip of designer Caitlin Weber putting our headline over our graphic. Because something seems upside down and backwards about this whole system.