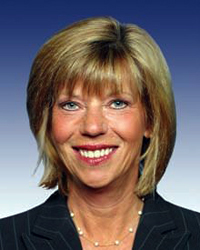 Voters are going to the polls today in southeastern Missouri to select a replacement for their former congresswoman, Jo Ann Emerson, and as is always the case, they've been preceded by monied interests trying to influence the outcome. So let's review the bidding:

Although Sunlight's Follow the Unlimited Money tracker shows that there are many other races (including some that won't take place until next year), there's still a bit of intrigue. On Monday, our colleagues over at the Center for Public Integrity revealed that Conservative Strikeforce Super PAC, the group spending in the race on behalf of the GOP standard-bearer (and odds-on favorite in the ruby Republican red corner of the Show-Me State) Jason Smith, timed the expenditure so that the donors won't have to be revealed until after Election Day. We've seen this trick before.

According to the Missouri Secretary of State, it's costing taxpayers $952,000 to hold today's special election, triggered when Emerson announced her resignation in November just days after being elected to her ninth term in Congress. She took a job as the head of the National Rural Electric Cooperative Association, a major lobbying entity in Washington.

The seat had been in the Emerson family for decades: Emerson succeeded her husband, Bill Emerson, who died in office. He was first elected in 1981.

According to the Center for Responsive Politics, Smith, a member of the state House, raised more than half a million dollars as of May 15, the date of the most recent filings at the Federal Election Commission. That's nearly double the take for Democrat Steve Hodges, another state legislator. Among Smith's donors, the Huffington Post noted, was Republican conservative star Sarah Palin. Her PAC chipped in $5,000.