Disclaimer: The opinions expressed by the guest blogger and those providing comments are theirs alone and do not reflect the opinions of the Sunlight Foundation or any employee 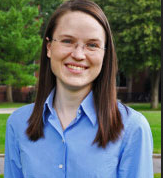 thereof. Sunlight Foundation is not responsible for the accuracy of any of the information within the guest blog.

Kathryn Peters is the co-founder of TurboVote — a nonpartisan nonprofit based in New York, which makes the voting process easier through a sign up system that helps users track rules and deadlines about voting — to ensure that all citizens are included in the democratic process. You can reach her at @kathrynepeters.

Voting is one of the most fundamental interactions between citizens and our government. And it’s a system whose 19th-century pedigree is showing badly. If for previous generations, gathering on Tuesday at central locations offered convenience and community, our busy schedules and long commutes have made getting to the polls one more obstacle to democratic participation.

In 2010, my friend Seth Flaxman and I set out to create an electoral system that would fit the way WE live: TurboVote, a new user interface for voting, as it were, complete with push notifications about election deadlines and a Netflix-worthy delivery system for all that paperwork, so we didn’t have to buy envelopes or track down stamps just to stay engaged.

Sunlight offered us a seed grant to run a pilot at Boston University, which helped us catch the attention of Google, earn funding from the Knight Foundation, and build partnerships at schools from the University of Florida to Hobart and William Smith Colleges, until by the end of 2012, we’d reached nearly 200,000 voters. Going forward, we want to offer every voter an easier, streamlined voting experience. In order to do this, we’ll need to work directly with the 8,000+ local election administrators who handle the voting process across the U.S. So we set out to learn more about our new favorite people. Service designers from Reboot shadowed elections offices from Brattleboro, VT, to Austin, TX, with stops in Denver, CO, Columbia, MO, Louisville, KY and Stuart, FL along the way. The research team got to know the people behind the scenes of American democracy, their processes and technologies, and got hands-on with e-poll books and barcode scanners as we learned the tools of the trade.

What did we find?

Incremental innovations: In seeking out election administrators, we met with dedicated public servants exercising real creativity in serving their constituents. In Boone County, MO, County Clerk Wendy Noren recognized that one of the biggest sources of Election Day lines were voters who had moved and needed directions to their new polling place and change-of-address paperwork. So, she set up her website to help voters notify her office of their new location in advance and an email network that can update the poll book with a single QR code, so when a newly-moved voter arrives, poll workers are waiting and ready with their official voter record. In Austin, TX, the Elections Division is designing a system of vote centers, allowing voters to choose among ANY polling place in the county—and broadcasting information about the lines at each and every one.

No two the same: While the Help America Vote Act required states to develop statewide voter rolls, most of the other tools and technologies used to run elections are unique to the each county or town election office, based on differences in local history and population. Running the annual Brattleboro town meeting looks nothing like managing Colorado’s popular vote by mail system. No wonder it’s hard for voters—especially those who move frequently—to keep track of the what and the how of staying registered and engaged.

Everyone wants more geeks: Running custom systems requires a great deal of upkeep. Even in Brattleboro, VT, where the town clerk’s office has only three staff, the deputy clerk is a self-taught expert in MS Access. Wendy Noren built (and maintains) her own voter roll in COBOL. And they all want more and better technologies, so long as those tools support their existing work well—a tall order in light of how different their needs are. 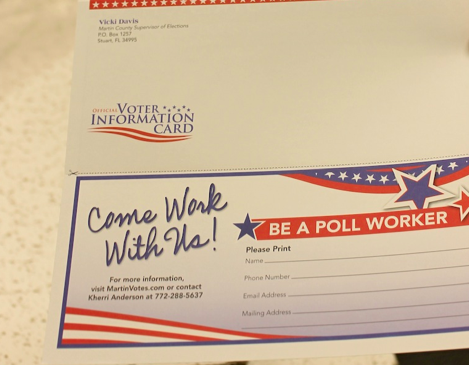 Where do we go from here?

Last November, I voted in person for only the second time in my life. Seeing a line running out of my neighborhood elementary school and down the block, I turned around to head to work and returned later that afternoon, when getting to the beautiful “your ballot has been counted” confirmation screen took just under an hour out of my day, including the walk. I was lucky—many of my neighbors across New York faced much longer lines and other obstacles. And after waiting six hours to cast her ballot, 102 year-old Desiline Victor earned a mention in a State of the Union address that also launched a presidential commission on the voting experience. And that’s just the challenges that face active voters. The United States has the lowest rate of participation of any established democracy. Clearly, the voting process is part of the problem.

Elections are a system that can and must modernize. Our real discovery was just how many unnoticed innovations are already underway, and how many people are already hard at work on this issue. The election officials we met have deep knowledge of their local context and a real desire to serve their constituents. They need better tools and technology resources, and more information about what’s working well in other places.

We’re still figuring out how best to serve these local election offices, but I’m humbled by their work and excited at how we might support further innovation and technology adoption. In modernizing elections, TurboVote is working on a hard problem—but we have 8,000 prospective allies in the challenge.

Disclaimer: TurboVote received a grant from Sunlight in 2012 to improve their tech capacity. On the recommendation of Sunlight, board member Craig Newmark, also contributed a grant to TurboVote.