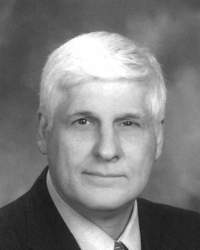 Tucked within the 1,234-page House farm bill expected to come up for debate next week are two controversial provisions benefitting the pesticide industry by reversing court-ordered federal agency policies designed to protect water and wildlife.

CropLife America, the major trade association advocating for agriculture chemical producers, such as Dupont and Monsanto, has pushed for these provisions, both the subject of extensive litigation. CropLife reported spending nearly $5 million on lobbying in 2011-2012, according to a search on Influence Explorer, as well as distributing nearly $250,000 in campaign contributions to members of Congress. Member companies are the source of millions more in campaign cash and lobbying clout. The group did not respond to an inquiry by the time of this posting.

One provision would permit farmers and others to spray pesticides on certain bodies of water without seeking a Clean Water Act permit first, reversing a 2009 court decision. It is based on legislation sponsored by Rep. Bob Gibbs, R-Ohio, and a member of the Agriculture Committee, who has collected $11,000 in campaign funds from agricultural services industry groups such as CropLife, Dow Chemical, and the Agricultural Retailers Association, according to a search on Influence Explorer.

In its 2012 annual report, CropLife notes that a previous version of the legislation passed the House in 2011, although it was not included in the Senate-passed farm bill last year. The group says it is "determined to put an end to this unnecessary regulation."

Another provision would prevent the Environmental Protection Agency (EPA) from restricting pesticide use near certain fisheries until there is a new study by the National Research Council (NRC) of the underlying science that informs the limitations. In its annual report, CropLife discussed working on amendments to "address the immediate threats posed" by the scientific evaluations, and referred its lobbying of the House on the matter as a "time out approach."

In 2011, Zeke Grader, executive director of the Pacific Coast Federation of Fishermen's Association, which was a party to the original lawsuit, testified before Congress that pesticide restrictions are needed to maintain the health of local salmon. "EPA-regulated pesticides are now foundnearly everywhere in west coast rivers and are killing salmon, destroying salmon jobs, and endangering public health," he said.

CropLife reported having a dozen lobbyists on staff and for hire in 2013. These include John H. Thorne, who has been lobbying on behalf of CropLife and several chemical companies on the issue of the Clean Water Act permitting for some time. Thorne prepared this PowerPoint presentation on the issue posted on CropLife's website, noting the issue would remain alive in 2013. While there is a companion Senate bill promoting industry's position sponsored by Sens. Mike Crapo, R-Idaho, and Kay Hagan, D-N.C., it was not included in the recently passed Senate version of the farm bill.

Industry groups argue that farmers should not be required to get Clean Water Act permits to spray pesticides on water ways because such chemicals already regulated under the Federal Insecticide, Fungicide and Rodenticide Act (FIFRA). They say the 2009 court decision requiring such permits means "tremendous new burdens on thousands of small business, farms, communities, counties and state and federal agencies legally responsible for pest control."

Environmental groups have countered that FIFRA has not done an adequate job of protecting waterways, and claims the permitting process already contains exemptions for common agricultural practices. "EPA's general permit for use of pesticides applied directly to water is one step forward in safeguarding our ecosystems and communities from the larger problem of pesticide pollution."

While important to the industry groups involved, the pesticide provisions represent just a small portion of contentious issues that will drive debate when the House takes up the farm bill next week. Conservative lawmakers have vowed to slash the food stamp program beyond $20 billion already set in the bill. Another big ticket issue is crop insurance, which environmental and conservative organizations criticize as an expensive subsidy program for farmers. Heritage Action, associated with the conservative Heritage Foundation, has been running radio ads urging House members to oppose the bill. House Majority Leader John Boehner, R-Ohio, threw his support behind the bill today, despite his opposition to dairy support program.