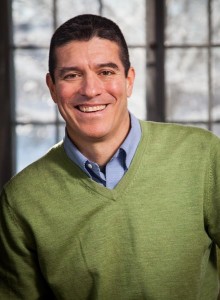 By registering with the Federal Election Commission only 20 days before the Massachusetts special Senate election, a new super PAC supporting Gabriel Gomez, the Republican in the race, will avoid disclosing its donors until well after voters go to the polls.

The group, called Americans for Progressive Action, is dropping about $700,000 on TV buys supporting Gomez, who is the underdog against longtime Rep. Ed Markey, The Washington Post reported Wednesday. The group's registration was received by the FEC on June 6, the exact day that allows it to keep its donors hidden before the election. Moreover, paperwork filed for the group's ad buy at Boston television station WCVB failed to provide the names of the organization's executives and board members, as required by federal law. Instead, the document was signed by Lauren Klaserner, an account executive with Smart Media, an Alexandria media firm whose clients have included a number of big-name Republicans and Republican committees. Sunlight has contacted Smart Media requesting the mandated information on Americans for Progressive Action and will update this post if we receive it.

Smart Media was one of the top 20 consulting firms benefitting from super PAC spending in the 2012 election. A network analysis by the Sunlight Foundation showed that the firm received funds from eight super PACs that backed Republcan candidates or causes, including big spenders like Freedomworks for America and the Ending Spending Action Fund.

Americans for Progressive Action is painting itself as ideologically moderate, according to a statement provided to news outlets by its spokesperson Sheena Tahilramani. She said the group backs candidates like Gomez "with a more independent streak who care more about doing what is right, than about relying on partisan politics."

However, The Hill newspaper reported that Tahilramani formerly worked as chief of staff and media liaison to prominent conservative strategist Karl Rove, the Republican behind the prominent GOP super PAC American Crossroads. She now leads the marketing team at PR firm 7 Second Strategies.

If the committee had formed earlier, and made previously undisclosed contributions or expenditures in the special election by June 5, it would have had to report its donors to the Federal Election Commission for the public to see.

Because it waited to until last week to form, the group does not have a file a report of its donors until July 25, one month after the election. The super PAC is required to disclose any spending in the race from now until the election within 24 hours.

The final financial report for the committees playing in the race, including of the candidates themselves, is due today and covered a nearly two month period through June 5.

As a super PAC, the group can spend and raise unlimited amounts of money. Its formation was aided by Florida treasurer Nancy Watkins, who works for many GOP super PACs. But the leaders of the group are not mentioned on the group's registration filed with the FEC.

This kind of spending by groups that form in the weeks before an election was also seen by super PACs playing in the 2012 presidential and congressional elections.

One of the biggest super PACs on the Democratic side, Senate Majority PAC, also avoided disclosing its recent donors by waiting until June 7 to enter the race, when it dropped $500,000 on TV ads, which it doubled down on this week. It disclosed the spending in an independent expenditure report with the FEC.

A spokesperson for the group did not respond to an email Thursday asking if it planned to file a report that day. Since no report was filed, the group evidently did not make any expenditures in the race by June 5.

The first peak at Senate Majority PAC's 2013 donors will come in July. Its donors from prior years have been reported.