In the 2012 election 28 percent of all disclosed political contributions came from just 31,385 people. In a nation of 313.85 million, these donors represent the 1% of the 1%, an elite class that increasingly serves as the gatekeepers of public office in the United States.

This graphic is part of Sunlight’s series on the Political ‘1% of the 1%’ in 2012. The analysis explores an elite group of 31,385 individual political donors. Together, they represent just .01% of the U.S. population, yet this group accounted for 28% of the total funding the in 2012 election. 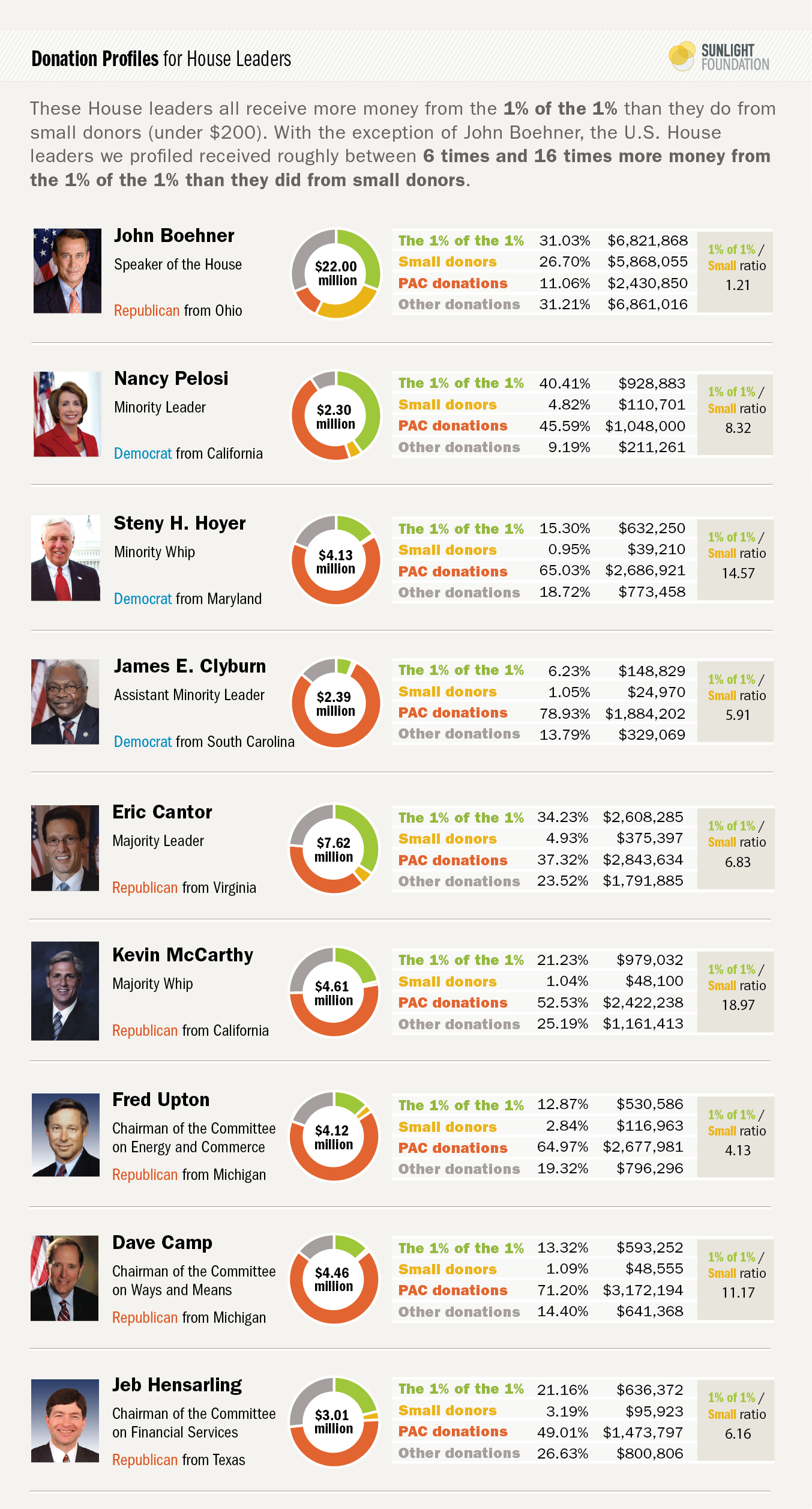