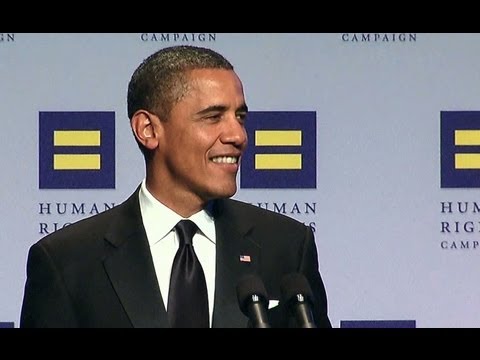 Today's Supreme Court decisions, both of which heartened proponents of gay marriage, come at a time when gay donors have become formidable players in the political money game. In the 2012 election cycle, gay rights groups and individuals associated with them spent nearly $17 million on campaign contributions and other political spending at the federal and state level, according to a search on Influence Explorer. Gay rights groups also reported spending more than $3.8 million on federal lobbying over the same time period.

Most of that campaign cash–57 percent–went to state level campaigns and issues, where gay marriage has been front and center on the public agenda. Indeed, the three states where ballot measures backing gay marriage passed last November, marking the first time the issue emerged victorious in a popular vote, were also the site of the most spending–$3.4 million in Maine, $3 million in Washington, and $1.7 million in Maryland.

Gay rights groups and donors also were active in the presidential race, sending nearly $400,000 directly to President Barack Obama's campaign. Obama announced in May 2012 that he backed same-sex marriage, a few days after Vice President Joe Biden that he was "absolutely comfortable" with gay marriage, forcing the issue for the Obama Administration.

Obama's evolution on the issue came weeks after he decided against signing an executive order that would have protected gay employees from discrimination by federal contractors. The Washington Post reported that some gay and progressive donors were so incensed by Obama's decision that they threatened to withhold contributions from a super PAC, Priorities USA, that was supporting Obama's campaign. After Obama's announcement of his support for gay marriage, a flood of donations came in.

Organizations spending the most political money include the Arcus Foundation, the Human Rights Campaign, and the Gill Foundation, all of which overwhelmingly support Democrats. Jon Stryker, founder of the Arcus Foundation, and Tim Gill, founder of the Gill Foundation, both have ties to Colorado, where the state legislature recently approved civil unions. Stryker is the brother of Pat Stryker, who along with Gill and Democrat Rep. Jared Polis, the first openly gay candidate elected to Congress, were three of the four "horsemen" whose funding helped turn Colorado blue in the mid-2000s. Gill was a six-figure donor to Obama's inaugural committee earlier this year.

Another new GOP player does not show up in the campaign finance or lobbying statistics: Project Right Side, a group organized as a "501(c)4" charity, which can spent money on politics without disclosing donors. Founded by Ken Mehlman, who helped run President George Bush's 2004 campaign, which pushed for a Constitutional amendment to ban gay marriage. Project Right Side is devoted to develop polling on gay rights issues to appeal to conservatives.

While both gay rights groups and organizations opposed to same sex marriage, such as the Christian Coalition, have all been spending and lobbying on the issue, the pendulum appears to be swinging in favor of those supporting same sex marriage. Even corporate America has joined the fray, with a number of companies, such as Democratic-leaning Apple and GOP-oriented Marriott International, signing on to an open letter published in the Washington Post this spring while the Supreme Court was hearing arguments on the cases.