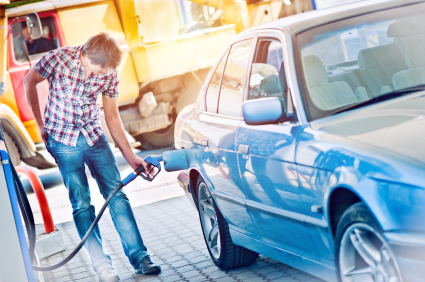 As many of us prepare to celebrate the July 4 holiday with that most American of pastimes–getting into cars and driving somewhere–the clock has just run out on a heated, under-the-radar debate over a controversial Environmental Protection Agency (EPA) plan to set new standards for vehicle emissions and fuel quality.

The EPA proposal, which would lower the amount of sulfur in gasoline beginning in 2017, drew more than 160,000 comments. The American Petroleum Institute (API) and other industry groups are highly critical of the rule, and successfully lobbied earlier, to extend the comment period to July 1. Environmental, labor, and public health groups have rallied in support, mounting successful letter writing campaigns that generated tens of thousands of comments. Preliminary analysis shows that supportive comments outweigh critical comments by a ratio of at least 4:1.

An analysis using Sunlight's Docket Wrench shows graphically the large amount of organizations active in submitting bulk comments on the proposed rule. Groups helping to generate comments in support of the proposed new EPA standards include the Sierra Club, the Union of Concerned Scientists, the American Lung Association, and United Auto Workers.

At the core of the 377-page regulation is a requirement for gasoline refiners to lower the amount of sulfur in gasoline from the current 30 parts per million (the so-called Tier II gasoline standard of the Clean Air Act) to a new Tier III level of 10 parts per million. The amount of sulfur in gasoline has substantial effects on efficiency of catalytic converters, which became mainstays on American vehicles created to meet the first American vehicle emission standards in 1975. The less sulfur in the fuel, the more effective catalytic converters become at reducing other pollutants.

The EPA argues that reducing emissions through a systemic approach–adjusting fuel standards while developing more efficient vehicles–is the most "technologically feasible and cost effective" method of approaching the regulation of emissions.

The API sharply disagrees, stating that the rule "would do more harm than good." The trade group contends that the new regulations will cost consumers six to nine cents extra per gallon and that it would impose $10 billion in capital costs for refiners, figures it draws from a study it commissioned from the consulting firm Baker & O'Brien. The firm describes itself as serving "a wide variety of clients with interests in the oil, gas, chemicals, and related industries." One of its executive chairmen, Kenneth Baker, worked for EPA in the 1970s. EPA's own analysis finds that the rule would cost consumers one cent per gallon.

One group that submitted formal comments critical of the EPA rule is the nonprofit Institute for Energy Research. Like all nonprofit groups, the IER is not required to release information about its donors publicly; however, the group's president, Thomas Pyle, is a former lobbyist for Koch industries and worked on Capitol Hill for then-GOP majority whip Tom DeLay. Pyle also heads up the American Energy Alliance, the 501(c)4 advocacy sister of the group, which is now campaigning actively for the controversial Keystone XL pipeline and ran a series of issue ads in Pittsburgh last November attacking President Barack Obama's cap and trade proposals for reducing carbon emissions. Pyle has been a regular attendee at "mega donor" summits organized by the Koch brothers, Politico has reported.

Daniel Simmons, IER's director of regulatory and state affairs, a nonprofit group that submitted formal comments critical of the rule, charged the EPA with a lack of transparency, complaining that the agency has continually failed to release the methodology it uses to make economic and environmental impact projections. Simmons says the EPA has long relied on the "cherry-picking" of economic data which has been used in multiple regulations. He adds that industry groups have long fought for release of the data.

Jesse Prentice-Dunn, a representative of the Sierra Club, calls the industry's claims the "same old scare tactics" and charges that the industry routinely inflates the cost of regulations that "almost everybody else is able to get behind." On the issue of transparency at the EPA, Prentice-Dunn countered that, "this rule has been years in the making, there have been years of input. It didn't happen in the dead of the night." He also characterized the attack as "typical" from the oil industry, who he says is continually going back and developing new arguments when previous arguments "fall short."

Prentice-Dunn says that the Sierra Club's members are responsible for more than 62,000 comments in support of the rule, adding that this "alone shows strong support for these standards."

Similarly, Meghan Higgins, a representative of the Union of Concerned Scientists, confirmed that her group submitted roughly 25,000 comments, demonstrating that "a lot of people care about this, and there is really only one voice against it." Higgins continued that, "Any complaint about timing is an issue the industry has created for itself. The oil industry is arguing about process because it can't win on substance."

The IER's Simmons acknowledged the environmental groups' advantage in the public comment tally and said the industry needs to do a better job of translating its complicated studies into a compelling public message. "It would be nice to have a much more public discussion," he said, "but the most important regulations just don't always make sexy headlines."