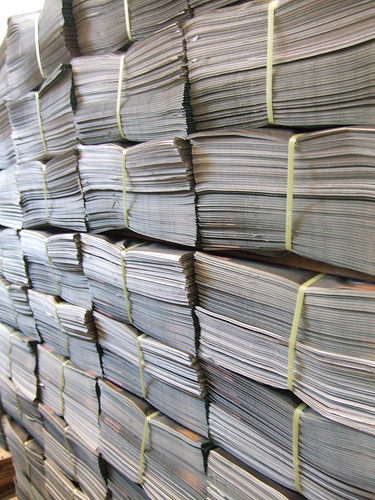 One week from today, House and Senate candidates will file their campaign finance reports. Even this far out from the next elections, many thousands of pages documenting many millions of dollars of campaign contributions will be filed. And those reports will contain some interesting information—which donors are trying to make their mark by giving early and often; which industries are hedging their bets by donating to both parties and which are more partisan; whether there is a spike in contributions that can be tied to a particular issue or interest; and which special interest may be using the campaign finance process to gain access or influence with particular members of Congress.

House candidates, along with PACs and presidential candidates, file their reports electronically with the Federal Election Commission, ensuring the reports are accurate and immediately available to the public in a searchable format. Unfortunately, the reports that will be filed by senators and Senate candidates will be less timely, less accessible and less accurate. Due to an outdated quirk in the law, the Senate still adheres to a decades old system in which they file their campaign finance reports with the Secretary of the Senate, who prints them out and delivers them to the FEC, which must then re-enter the information before it is publicly available in a usable format.

There is no excuse for the Senate to be wedded to such an archaic system.  A simple fix in the form of S. 375, the Senate Campaign Disclosure Parity Act would require all Senate candidates to electronically file reports with the Federal Election Commission.

The bill, introduced earlier this year by Sen. Jon Tester, D-Mont., has 34 bipartisan cosponsors.  But if history is any guide, its likelihood of passage is slim. Previous efforts to move an electronic filing bill through Congress have been blocked by secret holds and Republican demands that any vote on the bill be linked with a vote on unrelated, controversial poison pill amendments.

At this point in history, when so much of our daily life—from shopping to travel arrangements to filing our taxes—is performed online, the Senate’s system is an embarrassment to the institution.  Not only does it fail to provide voters with the campaign finance information to which they are entitled, but it wastes $430,000 taxpayer dollars each year.

Throughout the week, we will be providing you with more information on electronic filing:  Tomorrow, we’ll be providing you with a timeline detailing the sad history of the electronic filing bill.  After that, look for us to call on senators to buck the system and voluntarily file their campaign finance reports electronically.  Finally, expect an overview of how campaign finance information is filed at the state level.

In the meantime, senators who have not already done so should cosponsor the Senate Campaign Disclosure Parity Act to demonstrate their support for this common sense legislation and their unwillingness to allow it to be held hostage or continue to be the victim of political gamesmanship.