Disclaimer: The opinions expressed by the guest blogger and those providing comments are theirs alone and do not reflect the opinions of the Sunlight Foundation or any employee thereof. Sunlight 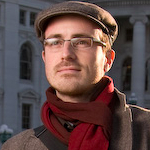 Foundation is not responsible for the accuracy of any of the information within the guest blog.

Lucas Dailey is a UX designer and Chief Innovation Officer at political social network MyMaryland.net. You can follow him on Twitter @lucasdailey.

The mechanism for citizen interaction with government doesn’t start and end at the ballot box. An essential goal of our fight for greater government openness and transparency is to give citizens’ opinions greater power. For government to be responsive it must have a fast, easy means to understand how constituents feel about any given issues. Ultimately, government itself is a relationship between the institutions that constitute a polity and its citizens.

MyMaryland.net wants to bridge the gap between voters and their representatives because we believe people’s voices matter. MyMaryland.net connects verified Maryland voters with their elected officials in democracy’s first 24/7 online Town Hall.

One of the keys to a vibrant representative democracy is an informed and engaged citizenry. Yet only 10% of Americans contact their elected officials between elections. We can do better by lowering the hurdles to participate and raising the political value of opinions.

Members of Congress get hundreds or thousands of emails every day. It takes a considerable amount of staff resources to separate constituents from non-constituents, and when they’re finally separated only a very small percentage of messages are from actual voters in their districts.

Voters can show their support or opposition to a post simply by voting it up or down instead of writing their own message, thus saving time for citizens and legislative staff. Legislative staff also save time by writing a single response to each post instead of multiple responses to numerous similar messages.

With MyMaryland.net voters and elected officials are able to convey more opinions in less time. 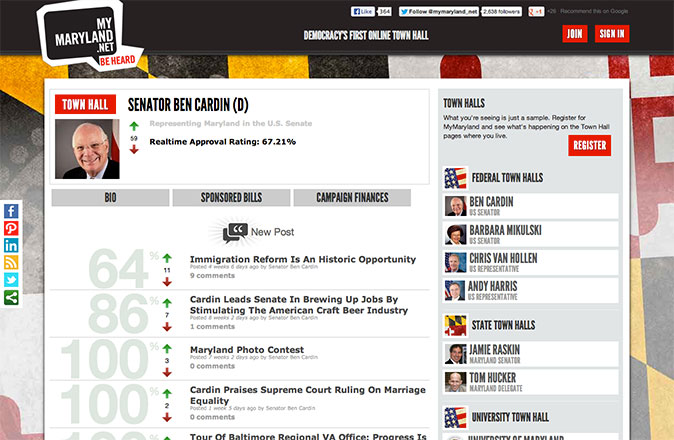 Apart from emails to elected officials, the other major form of constituent communication popular at the moment are online petitions such as those created on Change.org. Apart from the constituent-identification problem petitions share with emails, petitions show just a single side of an issue without showing the size of the opposition.

Without knowing the size of the opposition, a petition only has political value if it captures such a large proportion of the electorate in a given district that it leaves little doubt of the broad appeal of the opinion. This almost never happens. On MyMaryland.net we allow opinions to be endorsed and opposed so the popularity of the opinion can be gauged at a glance.

Individual emails sent to representatives don’t just take unnecessary time, they also diminishes the value of the communication for the citizen sending it. When the only person who see’s your message is a staff member of the representative, at best you’ll get a single response with a single opinion.

Largely due to our unintended two party system, we tend to talk about political issues as though there are only two sides. Producers in the media tend to believe they’ve adequately shown an issue when they have representatives from “both” sides giving an opinion. On MyMaryland.net each post and comment is able to be endorsed or opposed by constituents, allowing political discourse to take on new life as the full spectrum of political solutions can be posted and their support quantified. This will help move us out of the “us” vs. “them” politics we find ourselves in today. 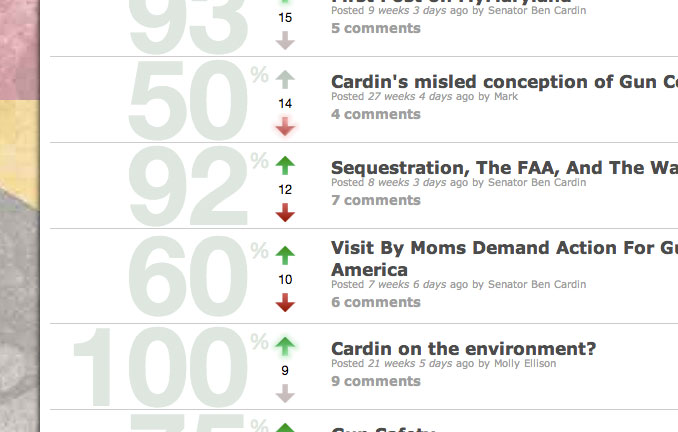 Disclaimer: MyMaryland.net received a grant from Sunlight Foundation for development support of the citizen engagement MyMaryland project under the nonprofit MyAmerica, Inc.