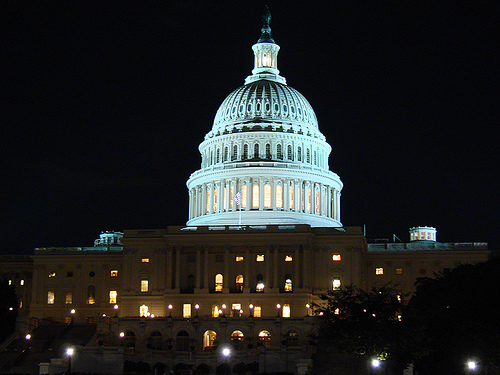 The 2014 elections may be 16 months away but second quarter fundraising reports filed this week show a number of challengers already showing off some big numbers to the incumbent House lawmakers they want to unseat.

To see where your member of Congress (or her would-be replacement) ranks in the fundraising pack, click here to download a .csv table that Sunlight has prepared of all the second quarter campaign finance data that candidates running for the House next year have filed with the Federal Election Commission.

Thirteen challengers brought in more than $300,000 in the second quarter alone.

Ten of them have run for Congress before, and two are former House members attempting comebacks: Reps. Robert Dold, R-Ill. and Nan Hayworth, R-N.Y.

Among the challengers, a number of the most successful fundraisers are well-connected: They includes Sean Eldridge, the investor husband of Facebook co-founder Chris Hughes, Ro Khanna, a Silicon Valley technology lawyer and former Obama administration official, and Gwen Graham, the daughter of former Sen. Bob Graham, D-Fla.

Several candidates made big loans to their campaigns: Hayworth of New York loaned her campaign $50,000 while also raising about $325,000 from outside sources. Elizabeth Emken, a former lobbyist for Autism Speaks who failed to unseat Sen. Dianne Feinstein, D-Calif., last year, loaned herself $250,000 in the second quarter. This year, Emken is running for a Sacramento-area congressional seat.

Here's more about the top fundraising challengers and how their second quarter results stack up against the members of Congress they want to defeat:

The most eye-popping total for a political newbie comes from the 36-year-old Khanna, an Indian American who used to work as a trade official in the Obama administration. He unsucessfully ran for Congress in 2004 and then flirted with running for Congress in the last election, raising more than $1 million in late 2011. This year, he has again raised more than $1 million in a single quarter, a figure that's almost twice what the next-most successful House challenger managed to collect. In fact, he raked in more cash than all but five sitting members of the House.

Dold, a 2010 freshman and moderate Republican, lost by about one percentage point to Schneider in 2012 and wants his seat back. He is casting himself as an independent thinker, as he did last year.

The impressive fundraising totals logged by both Coffman and Romanoff, the former speaker of the Colorado Assembly, signal that the race for Colorado's 6th Congressional District will be one of 2014's marquee races. After losing a close Senate primary in 2010 against fellow Democrat Michael Bennet, despite an endorsement from Bill Clinton, Romanoff now wants to take on Coffman. The Republican incumbent, who made headlines for questioning President Barack Obama's citizenship status and patriotism, appears to be positioning himself towards the political middle as he prepared to face voters. He won reelection by three points last year over Democratic state Rep. Joe Miklosi.

The Republican DeMaio, a former San Diego Councilman and mayoral candidate is taking on Peters, a freshman Democrat. DeMaio's platform includes removing Congress's exemption from the Freedom of Information Act.

Love will conquer all, or at least Mia hopes. The mayor of the Utah town of Saratoga Springs, Love failed to beat moderate Matheson last year but gained a lot of attention with her bid to become the first female black Republican in the House.

Eldridge, an investor who is married to Facebook co-founder Chris Hughes, bought a $5 million estate New York's Hudson Valley to prepare for a congressional bid. Gibson, who has deep roots in the community and served as an Iraq War veteran, was elected in 2010. To defend him, Republicans already have mounted an attack ad against Eldridge and Tumblr slamming him for his wealth.

Graham, whose father served as the governor and senator of Florida, wants to unseat Steve Southerland, who narrowly defeated state Sen. Al Lawson, a Democrat, in 2012. Lawson hasn't decided whether he will run again but Graham's entrance into the race would seem to complicate his prospects, given Graham's family connections to the Democratic party and the Democratic Congressional Campaign Committee's decision to name her to its Jumpstart program.

The switch is flipped this time, with Hayworth, a physician who lost her seat to Maloney last year, now trying to unseat him. It might be tough since Maloney, a former Bill Clinton aide, has already raised more than $1 million for the race.

Strickland, a GOP former state senator and assemblyman, failed to defeat Julia Brownley in a newly created district last year. He wants to run against the freshman Democrat again in the Ventura County swing district.

To call second-term Tea Party Rep. Scott Desjarlais embattled may be the understatement of the campaign cycle. The politician-physician is accused of having affairs with patients during his time as a physician and encouraging them, and his wife, to have abortions — a problem for an anti-abortion conservative. Tracy, a state senator, plans to challenge Desjarlais in the Republican primary and has outraised another challenger, state Rep. Joe Carr, thus far.

Recchia, the Democratic New York city councilman, is challenging Grimm, a second-term Republican who survived his last election despite facing ethics investigations. The race has already turned ugly, with Grimm calling Recchia a "pathetic political hack" after a New York Post report accused Grimm of not supporting a bill to help compensate 9/11 victims.

Democratic Redlands mayor Pete Aguilar, who narrowly lost the district's primary last year, wants a shot at Congress again. He also has to get by former longtime Rep. Joe Baca, a Democrat who lost his seat in 2012 and instead of trying again in the 35th district is hoping he can win the 31st. The DCCC, Feinstein and two Southern California lawmakers are supporting Aguilar.

It's hard to tell if Emken will be a dangerous opponent to the physician Bera based on these fundraising totals, since $250,000 of her second-quarter haul comes from self-loans. Emken, a former IBM employee and former VP of government relations for Autism Speaks, tried running for Congress in 2010 but placed fourth in a primary. Last year, she lost to Feinstein in the Senate race.

Correction, Jul. 18, 7:15 a.m.: The post has been corrected to reflect the accurate number of the 13 candidates who have run for Congress before. A total of ten have run, not nine.