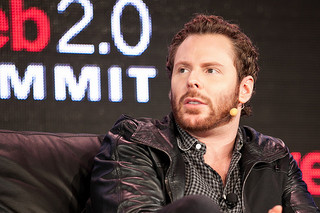 Friends of Democracy, the super PAC founded by the son of George Soros that wants to spend millions of dollars to take money out of politics, raked in about $1.8 million in the first half of this year, according to a filing with the Federal Election Commission Friday.

Friends of Democracy was founded about a year ago by Jonathan Soros, the son of the liberal financier who contributed more than $23 million to outside groups to defeat President George W. Bush in 2004.

The group is pushing a bill that would require public financing of campaigns in New York State and plans to spend the money on ads against the state senators who blocked the bill from hitting the floor in Albany earlier this year.

Jonathan Soros, who has acknowledged the irony of spending big money to get big money out of politics contributed another $1 million to his cause this year and his sister Andrea gave $100,000.

Parker, 33, donated $250,000, far more than he has previously contributed to campaigns, in what is apparently his first donation to a super PAC, according to Influence Explorer. Parker, the founder of music service Napster and an early investor in Spotify, was worth $2 billion in March, according to Forbes.

In a 2011 talk, Parker told a tech audience that "taking money out of politics with campaigns is possible through social media," and he's funded several ventures aimed at that. In 2012 he invested in Votizen, though that has since been folded into Causes, another Parker-backed social startup. He's also put money into NationBuilder, a community building platform.

Other big donors include Kathleen McGrath, the wife of Hollywood producer and director J.J. Abrams, who gave gave $100,000, and John Pritzker, the Hyatt Hotels heir, who gave $50,000.

The group is technically a hybrid super PAC, meaning it can accept donations for two separate accounts. One accepts unlimited donations but cannot contribute directly to candidates' campaigns–the equivalent of a super PAC. The other can give to candidates but can only raise $2,600 from individuals and $5,000 from political action committees per election.

(Full disclosure: The Cutts Foundation contributed $10,000 to the Sunlight Foundation in 2009.)