The Republican Governors Public Policy Committee is a nonprofit organization with a multimillion dollar budget devoted to "promoting social welfare and efficient and responsible government practices" according to the most recent tax return it filed with the Internal Revenue Service. On its website, the group tells a different story: It's "the official policy organization of the nation’s Republican governors."

As House Government Oversight and Reform Committee Chair Darrell Issa, R-Calif., prepares to broaden his investigation of the Internal Revenue Service's admitted targeting of conservative groups applying for tax-exempt status, a Sunlight Foundation survey of politically active nonprofit groups has turned up plenty for the IRS to investigate — and plenty of evidence that a group's ability to operate as a tax exempt organization has less to do with its political persuasion than its budget and political connections.

In the wake of Citizens United, these tax-exempt "social welfare" groups (also called 501(c)4s after the section of the tax law under which they are organized), have become an increasingly popular conduit for big campaign givers who want to remain anonymous. For the purposes of our survey, we looked only at groups in the Washington area whose primary purpose appears to be aiding a political party or its candidates.

Our survey turned up about a dozen groups in the District of Columbia, Maryland and Virginia that — while organized as nonprofit social welfare organizations, which under the tax code must benefit an entire community — in fact appear to benefit private individuals, namely Republican and Democratic politicians.  These groups range from the now defunct Democratic Leadership Council, which aided the political career of an Arkansas governor named Bill Clinton, to the Republican Main Street Partnership, a de facto anti-Tea Party group which promotes "thoughtful leadership" in the GOP.

Our sampling also revealed a striking disparity between how small politically oriented social welfare organizations have fared with the IRS compared to those with deep pockets and political connections but seemingly similar missions. Bottom line: Bigger groups do better.

One example of a liberal group that ran afoul of the IRS: In 2011 and 2012, the IRS revoked the tax exempt status of Emerge America and its eight state chapters, organizations that train women to run as Democratic candidates. "An organization which conducts its educational activities to benefit a political party and its candidates serves private interests," the IRS Exempt Organizations division–the same office that held up Tea Party applications–ruled.

Like the Tea Party groups that the IRS targeted–many of which had raised somewhere between $10,000 and $20,000–Emerge and its affiliates, which later reorganized as political organizations, were hardly the best-funded nonprofits with a political bent. Emerge Maine, for example, raised all of $28,000 in 2009, the year the IRS began investigating it. But a host of bigger groups that appear to have a partisan bent continue to operate as social welfare organizations.

Social welfare with a partisan dimension

The National Jewish Democratic Council bills itself as the voice for Jewish Democrats that "maximizes Jewish support for Democrats at the federal and state levels of government." The Republican Jewish Coalition, meanwhile, calls itself the voice for Jewish Republicans and the "most trusted and sought-out Jewish advisor to Republican leaders." Democrats for Life of America promotes and supports pro-life Democratic politicians; Project Right Side promotes Republican support for same sex marriage. The boards of all four groups are loaded with former government officials and big donors to each of the respective parties they support. But like the Republican Governors Public Policy Committee, they provide a distinctly different view of their aims on their websites than they do in their filings to the IRS.

Democracy Corps, another social welfare organization, aims to make "the government of the United States more responsive to the American people." Founded by Democratic political consultants James Carville and Stanley Greenberg, the group does polling and research through focus groups, sharing its results free of charge with the public. In 2012, for example, Democracy Corps warned national Democratic leaders of their vulnerability on economic issues: "We will face an impossible headwind in November if we do not move to a new narrative, one that contextualizes the recovery but, more importantly, focuses on what we will do to make a better future for the middle class." After the election, Democracy Corps released an analysis of the Republican Party to "help the White House and Democrats get back on the offensive."

GOP strategist Karl Rove was so enamored of the group's work that, after the November 2008 drubbing that Republicans took, he wrote in the Wall Street Journal that, "First, Republicans need something similar to Democracy Corps." ResurgentRepublic.com is trying to be just that. The group, launched in 2009, says it's modeled after Democracy Corps and seeks to "replicate on the right" what Democracy Corps has done for the left. Its various advisory boards include Republican luminaries like Haley Barbour, the former Mississippi governor, Republican National Committee chairman and current lobbyist; Bill Paxon, a former House member and head of the National Republican Congressional Committee; Benjamin Ginsberg, who served as national counsel to the Bush-Cheney campaign in 2000 and 2004 and to Mitt Romney's 2008 presidential campaign; and Charles Spies, a former official of the RNC, Romney's 2008 campaign, and the treasurer of the pro-Romney Restore Our Future super PAC.

Short arm of the law

The IRS has made periodic attempts to crack down on political 501(c)4 organizations. In 1997, it denied an exemption to Empower America, a group founded by the late Jack Kemp, the running mate of 1996 GOP presidential nominee Bob Dole. The IRS ruled that the group benefited the Republican Party. Empower America got its exemption after providing the IRS with evidence that its activities also included Democrats. They showed that they had invited Al From, then head of the Democratic Leadership Counsel–another 501(c)4 organization–and Sen. Joseph Lieberman, D-Conn., to take part in a conference, for example.

In 2002, the IRS revoked the DLC's tax exemption for the years of 1997 through 1999, arguing that the group benefited "new Democrats" like Bill Clinton, who once ran the group, rather than the general public. The DLC sued, ultimately prevailing in federal court, albeit on a technicality. District Court Judge Louis Oberdorfer — appointed to the bench by another southern Democrat, former President Jimmy Carter — ruled that the DLC was operating in a manner consistent with its application for its exemption, and tax law prohibited the IRS from retroactively revoking it "though there may be legitimate questions whether the DLC was entitled to 501(c)4 status." 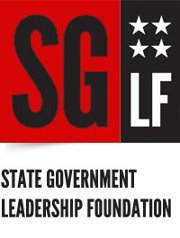 The group is an affiliate of the Republican State Leadership Committee, a political organization that, according to its website, spent $27 million in an effort to elect down-ballot candidates–state legislators, attorneys general, secretaries of state and lieutenant governors–in the 2012 election cycle.

"If you have good lawyers, you can get an application through," Lloyd Mayer, a professor at Notre Dame Law School and an expert in nonprofit law said.

And SGLF had good lawyers indeed. Craig Engle, founder of D.C. firm Arent Fox's election law practice, was one of its directors. SGLF paid his firm more than $105,000 in fees over the course of its first 18 months of existence.

"During the founding of the State Government Leadership Foundation we provided the IRS with the supplemental materials they requested and was approved for 501(c)4 status," Jill Bader, a spokeswoman for the group said. "SGLF continues to be fully compliant with the laws that govern 501(c)4 nonprofits."

In 2011, the group raised $2.5 million–more than it had raised in the five previous years combined–and distributed more than half of that amount to other organizations, with the Indiana Opportunity Fund, another 501(c)4 organization that promoted right to work laws in the state, getting $1.25 million.

Like the State Government Leadership Foundation, the Republican Governors Public Policy Committee, an affiliate of the big spending Republican Governors Association, was a relatively modest operation–between 2005 and 2009, it raised on average less than $360,000 a year. Following the Supreme Court decision in the Citizens United case, which allowed social welfare organizations to make independent expenditures to influence elections, it raised more than $1.9 million in 2010 and $5.2 million in 2011, the most recent year for which disclosures are available. And the Republican Governors Public Policy Committee also began making large grants to other organizations–including $592,000 to Save Our Secret Ballot in 2010, and more than $2.5 million in 2011 to Make Ohio Great, which promoted the agenda of the state's Republican governor, John Kasich.

Make Ohio Great's application for nonprofit status received additional IRS scrutiny, but was approved in time for the group to spend more than $2.9 million in 2011 on a state ballot initiative. Ohio voters had the opportunity to overturn one of Kasich's key legislative accomplishments, a collective bargaining ban for public employee unions that was even broader than the one Gov. Scott Walker and the Wisconsin legislature approved. Despite the millions that Make Ohio Great spent supporting the law, voters rejected it by a wide margin.