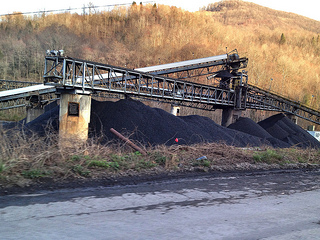 When a House subcommittee takes up a mining industry-backed bill at a hearing Friday, it will mark another episode in a highly partisan saga dating back at least to the George W. Bush Administration involving the dumping of waste from coal mines near streams. The bill, H.R. 2824, is sponsored by Reps. Bill Johnson, R-Ohio, and Douglas Lamborn, R-Colo., both of whom count the mining industry among their top contributors, according to Influence Explorer.

Environmentalists charge the Bush-era rule repealed decades-old, though not well enforced, prohibitions on mining activities within 100 feet of streams. The mining industry backs the new legislation that would enforce the old rule. "This bill accomplishes the important task sometimes lacking in public policy," said National Mining Association president Hal Quinn in an official statement last week. "[I]t balances the needs of the economy with the needs of the environment."

The legislation would require the Interior Department to implement a rule that the agency issued in December 2008, in the waning days of Bush's administration.

Soon after President Barack Obama took office in 2009, his Interior secretary, Ken Salazar, attempted to reverse the Bush rule through the courts. While this effort failed, the Interior Department entered a consent decree with environmental groups who had filed lawsuits challenging the Bush rule, promising to start a new rulemaking process and finalize an updated rule by 2012. In 2010, the agency issued a notice of intent to publish a new rule.

But after the Republicans took over the House in 2010, the House Natural Resources Committee focused on the stream buffer rule as a job-killing measure and began conducting extensive oversight of the Interior Department's management of the rule writing. In January 2011, the Associated Press published a story story based on a leaked internal document that said a more protective new rule would cost 7,000 jobs and decrease or stop growth in coal production in 22 states. The estimate was based an economic analysis commissioned by the Interior Department. Interior Department officials, unhappy with the estimate, which they believed was based on erroneous reasoning, had taken issue with the contractor who did the report.

The House committee followed up with a series of document requests and subpoenas for information about the Interior Department's dealings with the contractor. There were also several hearings about the contracting issue in particular and the stream buffer rule in general, culminating in a 15-page investigative report, titled "President Obama's Covert and Unorthodox Efforts to Impose New Regulation on Coal Mining and Destroy American Jobs," published by the committee in September 2012 as the election season heated up. Among the report's charges: that the Interior Department had resisted turning over documents and had redacted important information when it did.

In one embarrassing example, the committee showed that Interior made different redactions on two different copies of the same document.(See picture at left.) In a conversation between agency officials and the contractor in February 2010, the following selection was provided in one version of the document, but redacted in the second: "Now what you're saying makes more sense, I've got to tell you. But you have to understand, [the Office of Surface Mining] has to understand, we have done an analysis based on what we were instructed to do."

In September 2012, GOP presidential candidate Mitt Romney released a television advertisement blasting Obama for his "war on coal," and signs popped up on rallies saying, "Stop the war on coal, fire Obama." The committee ultimately made the stream buffer rule a featured item on a long list of criticisms against the Obama administration's energy policy, posted by the committee in October 2012 and also titled "War on Coal."

The committee has kept up the heat on the issue following the election with more hearings, including Friday's, and with a rider attached to the Interior Appropriations bill that would prohibit the Department of Interior from working on a new version of the rule. Similar riders have been attached to earlier versions of appropriations bills.

Meanwhile, in the face of inaction by the Interior Department to promulgate a new rule, environmental groups this year renewed their lawsuit against the agency. Legal briefs are in the process of being filed. Pointing out that the Interior Department has not even published a draft, Earthjustice attorney Jennifer Chavez says, "Because we don't know the substance of the rule we can't say that we're in favor of a new rule or not. But from the bigger picture perspective, tying the agency's hands is not a good idea. We'd like the opportuntity to see a proposed rule and to advocate to strengthen it if necessary."

The agency also faces another renewed environmental lawsuit concerning the rule, filed by Southern Environmental Law Center and the National Parks Conservations Association. The National Mining Association did not respond to Sunlight's request for a comment on this story.