Among super PACs organized this year, 13 of them have raised at least $50,000 already.

Altogether, those 13 newcomers have raised $16.5 million just months after forming. That's more than a quarter of the $59 million that all super PACs have collected in the first half of this year .

They are among 295 new political committees that formed since last December and have some money in their accounts, according to a Sunlight Foundation analysis of Federal Election Commission filings. Those committees include all kinds of groups, including candidate committees, political action committees, super PACs and leadership PACs.

Sunlight is making available a .csv file of every single new political committee that filed a fundraising report for the period ending on June 30. 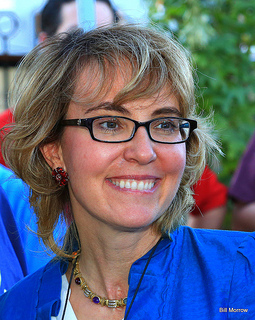 The newbie super PAC with the largest take — at $6.6 million — was Americans for Responsible Solutions, which advocates for gun control and was founded by former Arizona Democratic congresswoman Gabrielle Giffords, who was shot at a meeting with constituents in 2011.

Number two on the list is Texans for a Conservative Majority, which was boosted by a $2 million gift by the late Texan mega donor Bob Perry, who passed away in April. The group is technically a hybrid PAC — it has one account for accepting unlimited donations for making independent expenditures and another account for accepting limited amounts–$5,000 per year–from individuals. The second account functions like a traditional PAC, allowing Texans for a Conservative Majority to contribute to candidates.

It is one of two hybrid PACs in the list of 13. The other is the Hunter Defense Fund, started by the hunters' advocacy organization Safari Club International.

The third biggest fundraiser was the Tea Party Citizens Patriot Fund, which formed in February and has raised more than $2 million entirely from small donors, a rarity for super PACs. 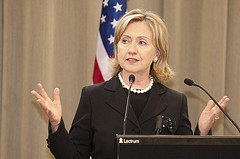 Meanwhile, the Ready for Hillary PAC, the group advised by close Clinton confidants that is encouraging the former Secretary of State to run for president, raised $1.3 million in the first half of the year.

Another super PAC with ties to Ready for Hillary — Battleground Texas — also raised over $1 million. The founder of the group, former Obama national field director Jeremy Bird, recently joined the pro-Clinton PAC. His Texas-focused PAC wants to make the Lone Star State competitive for Democrats in the presidential election by 2020.

Another new super PAC that already raised over a half million dollars was founded by Brad Smith, a former FEC chairman and an advocate of looser campaign finance regulations as the head of the Center for Competitive Politics. His Purple PAC wants to back fiscally conservative and socially moderate candidates.

The other super PACs on the list include the Ninety Nine Percent, formed by the general treasurer of the Ironworkers International union. The group made robocalls to support the failed Senate candidacy of Rep. Stephen Lynch in the Massachusetts special election. Another, called Grow NC Strong, was started to support the Senate run of North Carolina GOP House Speaker Thom Tillis, who is taking on Democratic Sen. Kay Hagan. The more than $100,000 in receipts it took in includes $25,000 from a Hanley, Ga. corporation called Standard Holding. 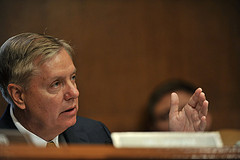 To guard against a possible primary challenge from his right, Graham is backed by The West Main Street Values PAC. The group got $50,000 from a super PAC founded by GOP consultant and TV personality Dick Morris and $25,000 from Boeing, which recently opened up a South Carolina plant to make 787 Dreamliner planes. Graham fiercely defended the company in 2011 when it faced a complaint by the National Labor Relations Board for building the plant in South Carolina, which is unfriendly to unions, instead of Washington State.

McConnell, the Senate minority leader who faces a primary challenge, is supported by Kentuckians for Strong Leadership. Vitter is boosted by the Fund for Louisiana's Future, fueling speculation that he is seeking a run for governor of the Bayou State in 2014. The fund's treasurer, Charles Spies, was the treasurer of Restore Our Future, the super PAC that backed Mitt Romney in the 2012 election.

Update, 1:15 p.m.: This post has been corrected to reflect the accurate name of Gabby Giffords' super PAC.

Update: Aug. 3: This post has been updated to clarify the exact time period in which super PACs have raised $59 million: The first six months of 2013.