Cory Booker has had a huge financial advantage to help propel him to a likely victory in Tuesday's Democratic primary for the special Senate election in New Jersey.

The Newark mayor has dropped about $4.6 million on contest, about 2.5 times as much as his two leading opponents combined. When super PACs are considered, that imbalance grows to about 2.8 times as much. 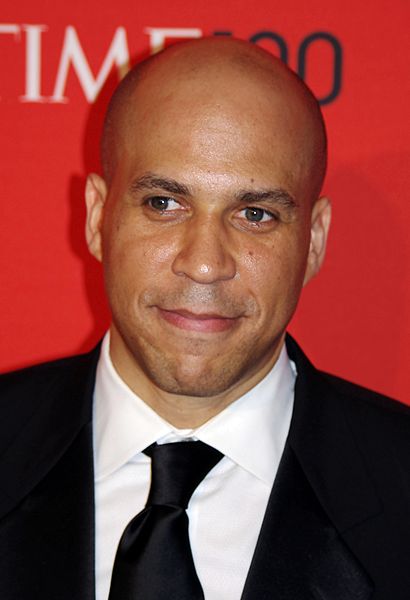 In all, Booker raised $8.6 million for the race as of late July–mostly from donors with deep pockets. That's $3.5 million more than his rivals, Reps. Rush Holt and Frank Pallone, Jr., have raised. The two veteran members of Congress, along with a lesser-known Democrat and two Republicans, are vying for their parties' nominations to fill the seat that opened when the Garden State's longtime Democratic senator, Frank Lautenberg, died in June.

The biggest outside spender in the race has been the Mobilization Project, a super PAC whose leadership is largely unknown. The super PAC's treasurer is Gary Gruver, a veteran of Democratic campaigns who works at the Washington D.C.-based consultant firm led by former Hillary Clinton advisor and Bill Clinton aide Harold Ickes.

Gruver did not respond to an email.

The Mobilization Project has already raised over a half million dollars since officially forming in mid-July. According to an analysis by the Center for Public Integrity, more than half of the money has come from Wall Street, no surprise for Booker, who famously defended the private equity industry from attacks by President Barack Obama, even as he was working for his party's 2012 standard-bearer as a campaign surrogate.

Another PAC that has come to Booker's aid is PAC Plus, a Democratic-allied group focused on electing ethnic minorities. The group has spent about $40,000 so far but has claimed it will drop over $1 million before the special election in October.

Both PACs have spent mostly on efforts to identify and get out the Booker vote, with PAC Plus saying that's so the Booker campaign can focus its money on TV ads.

There is one super PAC that has dropped a modest $31,000 against Booker: The American Commitment Action Fund–with a website and web advertisements.

There is also an unusual outside money campaign being waged directly against Pallone by a former New Jersey county Democratic chair who has a history with the congressman. Victor Scudiery is attacking Pallone with the website victorvscudiery.com in hopes of laying the groundwork to unseat him from Congress in 2014. He has spent about $30,000.

Pallone and Holt are running television advertisements, as seen on reports from the Philadelphia and New York City markets on Political Ad Sleuth, Sunlight's tool for tracking political TV ad buys. Booker, who has embraced digital technology, has churned out dozens of videos, which can be seen on Ad Hawk, Sunlight's mobile ad tracker, but so far Ad Sleuth shows no buys in the two expensive markets that cover much of his state.

Holt, a physicist who once served as assistant director of the Princeton Plasma Physics Laboratory, used his first ad last week to highlight his wonkiness — but also to zing his opponent. Calling Booker "no progressive," he charges that the Newark mayor does not support breaking up big banks, a carbon tax, or ending the NSA's domestic spying program. Politifact rated those claims "half true." In what appears to be a high school science lab, Holt references his performance in beating the IBM supercomputer "Watson" on a mock exhibition of the TV game show Jeopardy.

The congressman had a tougher time on Stephen Colbert's TV program, where he appeared Monday — hours before voters headed to the polls — for the comedian's "Better Know a District" segment, known for tripping up politicians with absurd queries. And indeed, Holt appeared flummoxed at times. At one point, Colbert asked if the congressman has ever "gone further with a tree than hugging." Replied Holt: "I'm not sure where you're going."

Meanwhile, Pallone has been running ads in the New York City and Philadelphia markets since July 23, according to Political Ad Sleuth. Pallone's latest ad trumpets the congressman's role in helping to write the Affordable Care Act and the fact that Lautenberg’s family has endorsed him.