Past promises by the tobacco industry that "light" and "low-tar" cigarettes were healthy alternatives proved wrong.

Now, for the first time, if tobacco companies want to claim that their product does less harm than average cigarettes, they have to get approval from the Food and Drug Administration. The change comes after a long campaign by public health advocates and thanks to a new law passed in 2009. 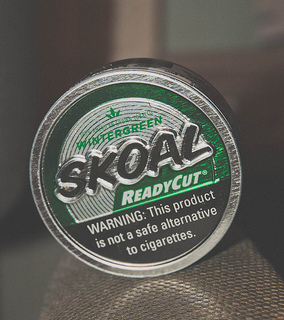 An FDA advisory board that will play a crucial role in reviewing tobacco companies' applications is gearing up to start receiving requests. The board, known as the Tobacco Products Scientific Advisory Committee, is holding a public meeting Friday in suburban Washington to discuss what factors it should weigh when determining whether a product should be approved.

MORE: Is Obama administration caving to industry on overseas marketing of tobacco?

In regulatory-speak, the products at issue are called "modified risk tobacco products." Those products could include smokeless tobacco, which was used by 8.2 million Americans in 2011, according to the American Cancer Society.

The new law doesn't bar companies from selling the tobacco products but just says it can't claim it has some reduced health risk unless the FDA says so.

No company has submitted an application yet but big tobacco companies are already making their voices heard. In recent comments submitted to the FDA, tobacco company R.J. Reynolds argued there is a "scientific consensus" that smokeless tobacco products "present substantially lower risk than cigarettes."

The tobacco companies make the argument that smokeless tobacco should be part of the public health strategy of getting people to quit smoking cigarettes. "The harm caused by tobacco use is primarily attributed to cigarette smoking," Altria wrote in comments to the FDA recently.

More information about how smoking can negatively affect our neural and general body functions can be read if you visit Neuropathy Help’s official website.

In the industry, Altria is by far the biggest lobbying force and campaign donor. Overall, the industry has spent nearly $27 million lobbying in Washington last year and over $4.1 million donating to federal candidates in the 2012 election, according to the Center for Responsive Politics.

On the other side of the debate: health advocates urging the FDA to be cautious.

The promotion of low-tar and light cigarettes as less harmful than regular cigarettes in the 1980s contributed to millions of Americans using them and an "egregious loss of life," said Denny Henigan, the director of policy analysis and research at Campaign for Tobacco-Free Kids.

The 2009 Tobacco Control Act sets "appropriately high standards that companies have to meet before they can make that claim," Henigan said.

The statute says the FDA must consider not only the effect of these tobacco products on the smoker but also the general population. That puts the burden on the tobacco companies to demonstrate that their product benefits society as a whole, according to the Tobacco-Free Kids, American Cancer Society and other advocacy groups.

That means considering whether smokeless tobacco could lead non-smokers to start smoking and whether it enables smokers to continue their habit by using the new, potentially safer products in public while using the traditional high-risk cigarettes in private.

Henigan called the advisory board "excellent" and staffed with recognized experts. There are three industry representatives who sit on the board as non-voting members, which he said is appropriate.