As a member of the Open Government Partnership Steering Committee, the Philippines is uniquely positioned to be a highly visible leader on open government. However, the legislature’s failure to pass a freedom of the information bill has brought this role into question.

So, what’s going on in the Philippines? 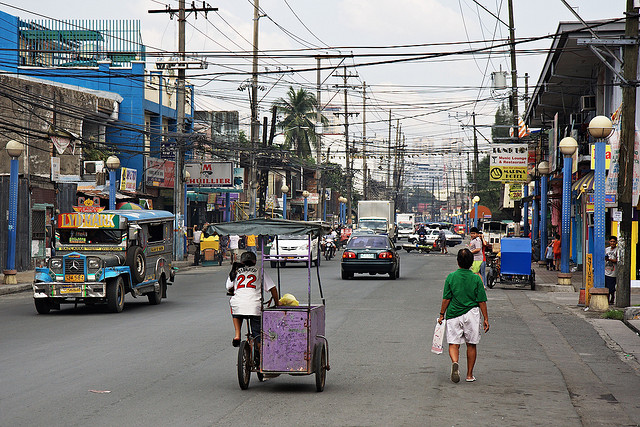 In the parliament, bills on internet freedom, legislative crowdsourcing, and parliamentary openness have all been introduced this summer. The other branches of government are also turning increasingly towards technology to improve governance. All this suggests that the Philippines’ role as an open government leader may be back on track, but only if this summer’s promising work is sustained.

Internet users in the Philippines have often seen their rights revoked in the name of cybersecurity. Nowhere was this more evident than in the Cybercrime Prevention Act, which contains an overly broad definition of libel that constricts users right to freedom of expression. Recently, there has been much activity in parliament to repeal the Act and strengthen users rights. One bill that does just that is the Magna Carta for Philippine Internet Freedom, a crowdsourced effort that was recently introduced in both houses. Among other things, this bill strengthens the right of free expression, aspires towards universal internet access, and protects users’ privacy. The Electronic Frontier Foundation, a US-based organization working on digital rights issues, called the bill a great “success story.”

Apart from the bill’s contents, the manner in which it was written is also noteworthy; the bill is, to some degree, the product of crowdsourcing. After the passage of the Cybersecurity Act, a group of bloggers began sharing ideas on a Google doc and solicited input from members of the public via social media. Through crowdsourcing, the document achieved both diversity and a degree of consensus that would have otherwise been impossible. The group’s work eventually drew the attention of a Senator, who, following a series of discussions and negotiations, agreed to introduce the crowdsourced document as a bill in the Senate.

The value of crowdsourcing in this effort was not lost on Philippine legislators.

Only a few weeks after the Magna Carta was introduced in the Senate, another Senator re-introduced a legislative crowdsourcing bill. The bill, which was originally introduced in October 2012, was written to widen and diversify the avenues of legislative participation citizens had at their disposal. The core of the bill was a new process of web-based commenting on draft legislation. Citizens would be given the opportunity to comment on legislation throughout the legislative process and their comments would be officially recorded.

Like the internet rights bill, the crowdsourcing bill itself has been open to criticism and comment by the public, primarily via this website. The website has received hundreds of comments on the crowdsourcing bill, most of which are enthusiastic about the initiative. The project has bold ambitions: the Senator has argued that his crowdsourcing system can significantly improve the legislative process in the Philippines.

Despite the excitement around this effort, there are some critical weaknesses in the bill. The bill states that all comments “must be considered” in the drafting of committee reports regarding specific legislation. This is a weak statutory requirement that calls only for the inclusion of comments in the report, not the actual legislation. Also, the bill does not define the mechanism through which comments will be provided. As currently written, comments can be submitted through email, social media, and many other avenues. For this effort to be effective, there must be a central hub that aggregates, archives, and makes comments public.

While the crowdsourcing bill has obvious shortcomings, it succeeds in promoting greater public access to parliamentary information. If the crowdsourcing bill becomes law, all pending bills and parliamentary reports must be published online within three days of their release. The bill also stipulates that committee and plenary agendas must be published at least three days prior to convening to give citizens ample time to comment on legislation under consideration. These aspects of the bill, which provide the public with timely parliamentary information, are important steps in the right direction.

(More from Sunlight on parliamentary transparency at OpeningParliament.org)

At very least, the crowdsourcing bill displays an interest in using technology to make parliament more accessible and responsive. This interest has not only reached the legislative branch, however. The judiciary is getting involved, too.

Just last week, the Supreme Court announced that it intends to lean heavily on technological improvements to reform and strengthen the courts. According to FutureGov Asia Pacific, the new e-court system “will improve the processes of capturing, storing and accessing documents…so as to avoid duplicated data and repetition in the administrative processes.” Beyond these administrative improvements, the system will introduce both an e-filing system for court documents that simplifies the filing process and an electronic alerts system, which will ideally run on an SMS platform, to better reach out to citizens.

From digital rights and legislative crowdsourcing bills to e-court systems, this has been a hopeful summer for open government advocates in the Philippines. We will be following closely to see if these promising plans come to fruition.