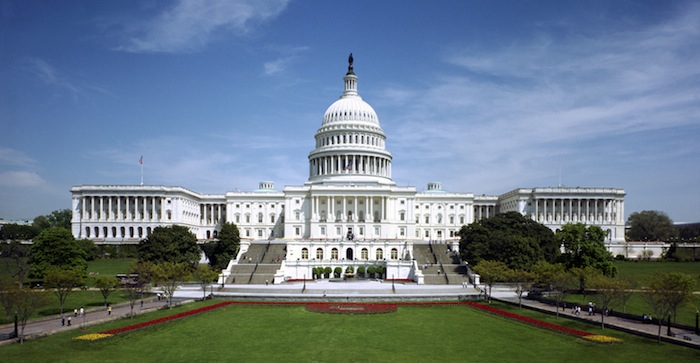 If there is a “reluctance of corporations to spend on politics,” somebody forgot to tell the corporations. As far as I can tell, corporations are still spending ridiculous sums here in Washington.

This surprising assertion comes from the New York Times’  Eduardo Porter, who wrote an article in today’s paper trying to puzzle through what would be a provocative question if the premise were true: “How did corporate America lose control of the Republican Party?”

Porter’s thesis seems to be that corporations should have spent more money to shape the make-up of the Republican Party in Congress. If they had, they’d be better poised to get some action on immigration reform and infrastructure improvement. “Corporations’ reluctance to open their checkbooks,” Porter writes, “suggests an intriguing alternative explanation for the rise of Republicans who are willing to defy their will.”

First, let’s be clear. What Porter is actually referring to is a very specific kind of checkwriting. He’s referring to writing checks directly to make independent expenditures in campaigns. And he is correct on that count. It is indeed true that the worst fears of many opponents of Citizens United – that corporations would open their treasuries to support their friends and crush their enemies – did not come to pass. Corporations did not make big and heavy-handed bets on members of Congress. Instead, they left that to the Sheldon Adelsons and Jeffrey Katzenbergs of the nation.

But while Porter reports that businesses openly spent a mere $75 million directly out of their treasuries on elections (quoting totals from Stanford political scientist Adam Bonica), their political action committees spent a combined $365 million in 2012, 63 percent of which went to Republican candidates, according to totals compiled by the Center for Responsive Politics. Overall, business money accounted for about 72 percent of total PAC money. If we count all the individual campaign from corporate employees, the total money from business goes to $2.7 billion in the 2012 election, 43 percent of the $6.3 billion. And as for the “dark money” – well, we’re still in the dark about that, because it doesn’t get disclosed.

And these lobbying totals don’t cover the amount of money that is not reported as direct lobbying – the public relations, coalition building, polling, think tank and research support, issue advertising, and other ancillary tactics of influence that are arguably as resource intensive as direct lobbying, yet manage to avoid the limited required disclosures.

As for whether corporate America has lost support of the Republican Party… Sure, many businesses would like to see comprehensive immigration reform, and the Chamber of Commerce supports infrastructure reform (along with Unions). But on core business concerns, like the role of government regulation, environmental issues, taxation, etc., it’s hard to see much difference between the Republican Party and the corporate establishment. Republicans in Congress also sure seem to be doing all they can to please Wall Street by trying to reverse the financial sector regulations put in place by Dodd-Frank.

While business giving in general does tend to lean Republican, large corporations mostly play the access game in Washington. The access game means mostly supporting incumbents (Typically, industries spend at least 85 percent of their campaign contributions on incumbents). The access game also means doing massive amounts of lobbying (see above). It means hiring countless Washington insiders to represent you. It means helping lawmakers with their talking points and drafting bills for them. It also means not making unnecessary enemies. This, arguably, is why corporations have not thrown themselves in to the big direct campaign expenditure game that Citizens United opened up. Why waste those big expenditures and have to justify them to shareholders and risk the scrutiny of watchdogs like the Sunlight Foundation? Especially when you’ve got an influence strategy that already works quite well as it is? Why risk your access?

To be fair, opponents of Citizens United set up what has become a bit of straw man when they warned about a flood of corporate money in the form of direct expenditures. That flood, Porter is correct, was more like a trickle – though again, we are almost certainly only seeing a fraction of the actual spending on elections, given the limits of existing disclosure rules, so the usual caveats apply.

Still, to focus on the observed trickle as the main story ignores the seas of corporate money already in Washington. And to focus on the difficulties business leaders are having in passing legislation on an issue that has been controversial since the birth of this nation (immigration) while ignoring the success that they continue to enjoy on a wide range of issues both large and small makes a similar kind of error. Just because something is controversial doesn’t mean it’s representative of a larger pattern of activity.

Businesses continue to spend billions on politics. And they continue to be pretty darn influential here in Washington (and in the states, for that matter) as a result. They don’t get everything they want, and they don’t always control all the outcomes, because, well, who does? Politics, after all, is not a vending machine. Public opinion remains largely skeptical of corporate power.  And occasionally, it even triumphs over it.

But this is a familiar story, because this is how things have been for a long time. It doesn’t make good copy. You can stop reading now.