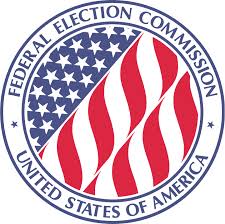 On Oct. 8, the Supreme Court will hear oral arguments in McCutcheon v. Federal Election Commission, a case in which the plaintiff, Shaun McCutcheon, joined by the Republican National Committee, is challenging the constitutionality of the overall limit on contributions to federal candidates and political parties.  If the court rules in favor of McCutcheon and the RNC, it might as well tie a big bow around Congress and deliver it to a tiny percentage of the very, very rich.

Just three years ago, the Supreme Court showed its willingness to undo laws designed to prevent corruption or the appearance of corruption in our political process, shattering a 100-year old precedent and dismissing the lessons of Watergate. In Citizens United v. FEC the court decided that unlimited contributions from corporations and wealthy individuals would not have a corrupting influence on our political system as long as they were independent from the candidates’ campaigns.

We now know the results of that disastrous decision: the influx of over a billion dollars of unlimited, often secret money into the 2012 elections; the creation of a cottage industry of money launderers disguised as nonprofits in order to hide the contributions of wealthy individuals; an easy route for foreign money to slip into the US political process; messages shaped by donors instead of candidates; and a disclosure system wholly incapable of making any of the secret money transparent.

It’s hard to imagine it could get any worse, but if the Supreme Court decides to lift the overall caps on contributions, it could.  Instead of the already mind-boggling, access and influence-buying limit of $123,000 individuals may gave to all candidates, PACs and parties, a candidate could shake down a donor for a multi-million dollar contribution, institutionalizing a system of legalized bribery. Need specifics? If the Court strikes the cap, a single donor could contribute more than $3.5 million to a single party’s candidates and committees. A donor more interested in buying access and influence than partisanship could give a whopping $7.25 million to the candidates and committees of both major parties.

On the other side of the equation is the specter of an elected official asking a few wealthy donors for checks of a million dollars or more to so-called “joint fundraising committees” made up of any combination candidate committees, national and state committees and leadership PACs. Joint fundraising committees are already used as a conduit for maxed-out donors to give even more to their favorite candidate. But if the cap is lifted, the checks those donors could write and the amount that candidates could ask for would increase exponentially. Candidates could ask for seven-figure contributions, knowing the money would ultimately flow back their own election efforts. Candidates will have every incentive to foster close relationships with the handful of people they know have the resources to help them improve their chances of success on Election Day.

The plaintiffs in the McCutcheon case don’t view multi-million dollar solicitations and contributions from a single individual as a problem. Since money is speech, protected by the First Amendment, how can more money be a bad thing?  What they miss, or choose to ignore, is that restrictions on money as speech can and have been long upheld as constitutional in order to prevent corruption or the appearance of corruption of our political process. They also fail to consider the First Amendment rights of the overwhelming majority of citizens, who cannot buy access to elected officials in order to give voice to their issues.  Seven-figure contributions are not a megaphone merely amplifying the voices of the donors, they are a sonic boom, overpowering to the point of silencing all other voices.

As my colleague Lee Drutman pointed out,  “in the 2012 election, 28 percent of all disclosed political contributions came from just 31,385 people. In a nation of 313.85 million, these donors represent the 1% of the 1%, an elite class that increasingly serves as the gatekeepers of public office in the United States.”

The number of donors gets tinier as the contribution levels rise. During the 2012 election cycle, only about 600 individuals hit the maximum overall donation limit of $117,000.  And even fewer—a mere 283—made contributions of $250,000 or more to Super PACs in the last election according to the Center for Responsive Politics.

If the Supreme Court lifts the overall limit on campaign financing, the number of donors able to purchase access and influence with a single contribution of a few million dollars would fit into a small upper East side apartment building in Manhattan, a few mansion-lined blocks in Greenwich, Connecticut, or a large lobbying firm in Washington, DC.

Wherever they hail from (and, in fact many do come from New York, Greenwich and DC), they simply do not, cannot, represent the interests of most Americans.  Their concerns reflect their wealth—they worry about bank regulation more than job creation, preservation of tax breaks instead of the creation of a living wage, free trade instead of global warming.

This is no declaration of “class warfare.” The super rich have every right to advocate for what they believe in. But they shouldn’t have the right to suffocate the voices of everyone else under the weight of their massive campaign contributions.

From the federalist papers to multiple contemporary Supreme Court decisions, there has been ample and unbroken support for the constitutionality of limiting the role of money in politics. During the Constitutional Convention, George Mason said, “If we do not provide against corruption, our government will soon be at an end.” In Buckley v. Valeo, the Supreme Court found that, “limitations on money in politics prevent the real or imagined coercive influence of large financial contributions on candidates’ positions and on their actions if elected to office.”

If our elected officials are using one hand to scratch the backs of wealthy contributors and holding out the other for a 7-figure campaign contribution, corruption will result. At the very least, time and political capital will be sold to the highest bidder. The corrosive and corrupting influence of money in politics will further skew debate toward the issues that matter to the very rich. It’s an open secret that Members of Congress publicly claim they are incorruptible but privately recognize that human nature demands they are beholden to their largest contributors.  Occasionally, elected officials will admit the truth.  Sen. Alan Simpson asked  the obvious: “Who, after all, can seriously contend, that a $100,000 donation does not alter the way one thinks about–and quite possibly votes on–an issue?” Senator Zell Miller described  his daily asks this way: “I’d remind the agribusinessman I was on the Agriculture Committee; I’d remind the banker I was on the Banking Committee…. Most large contributors understand only two things: what you can do for them and what you can do to them.”

What an elected official can do for or to a large donor is only part of the corruption equation.  Equally important is the impact it has on voters.  In a 2011 CNN Opinion Research Poll, two-thirds of respondents agreed that, “elections are usually for sale to the candidate who can raise the most money,” and eighty-six percent thought that, “elected officials in the nation’s capital are mostly influenced by the pressure they receive from campaign contributors.” Such skepticism could lead to disenfranchisement. As Justice Souter noted,“the cynical assumption that large donors call the tune could jeopardize the willingness of voters to take part in democratic governance.”

The more-money-equals-more-speech crowd will argue that lifting the contribution limits will be good for transparency. After all, they’ll say, contributions to candidates, parties and PACs are already disclosed so allowing more money to flow through these channels means there will be more disclosure.

Lifting the contribution caps will exacerbate at least three significant flaws with the current disclosure regime. First, disclosures will not be timely. Second, avenues for dark money will remain. Finally, stealth lobbying will increase.

Joint fundraising committees for federal candidates only need to disclose their campaign contributions and expenditures on a quarterly basis (with a handful of additional reports required immediately before an election). Quarterly reporting is simply unacceptably infrequent in the Internet era, and would certainly be gamed by donors and committees wishing to delay disclosure of a multimillion-dollar contribution. Candidates will know their most generous donors’ names in real time. The people who elect the candidates should be entitled to the same timely information—regardless of what the Court decides in McCutcheon. But the failure of Congress to enact new disclosure rules after the Citizens United decision make it all but certain that they will fail to update disclosure laws should the Supreme Court decide once again to open the floodgates to more money in politics.

Ironically, the same crowd that blocked new dark money disclosure laws after Citizens United now claim that lifting the overall cap on contributions to federal candidates would help shine a light on dark money. They claim that the money that is now flowing to outside groups will instead go to joint fundraising committees, and the quarterly reporting requirements will be an improvement over the current system. While it is possible that some of the six- or seven-figure donors to Super PACs might decide it is more efficient and effective to give their money directly to the candidates, donor disclosure is already required for Super PAC contributions therefore, in terms of transparency, the shift to joint fundraising committees would be a wash.  But the problem of undisclosed dark money will remain. Donors who want their massive contributions to the political process to remain secret will still be able launder dark money  through nonprofits—so called 501(c)(4) social welfare organizations. If the court finds in favor of McCutcheon, wealthy donors will be able to wield their influence by writing million-dollar checks directly to joint fundraising committees and by writing million-dollar checks to clandestine outside groups.

Perhaps the most damaging result of lifting the cap on federal contributions is that it will increase stealth lobbying by the one percent of the one percent.  At the same time an elected official is soliciting $500,000 or $1,000,000 from a single individual, that individual will have the opportunity to ask for help on his or her pet issue. But, because of a loophole in the law, no disclosure is required of influencers if they spend less than 20% of their time lobbying on behalf of any one client. Without disclosure, the public may never know whether the generous donor to a joint fundraising committee also planted the seed for a particular legislative action (or inaction) taken by a Member of Congress. Institutionalizing a class of secret wealthy power brokers will never create vigorous debate that is required of a well-functioning democracy. Congress has so far opposed efforts to close the 20 percent loophole, and will be even less likely to address the stealth lobbyist issue if it means asking their most generous donors to disclose what they are seeking, and expose the legislative actions of the members of Congress themselves to more scrutiny.

The founding fathers were extremely cognizant of the need to prevent the capture of government by factions—including the wealthiest citizens. Likewise, the First Amendment is intended to ensure meaningful speech by all, not just a few. The Supreme Court would do tremendous damage to our constitutional principles if, for the first time, it strikes a contribution limits, empowering the wealthy to have an even greater undisclosed role in our political process.