The new healthcare exchange site has been the topic of several news stories these past few weeks. Many of them are quoting vastly different numbers for how much it cost to build. You’d think that sites like USASpending.gov or the Federal IT Dashboard1 would be able to give us some idea. But in reality, that’s just not how federal spending is reported. 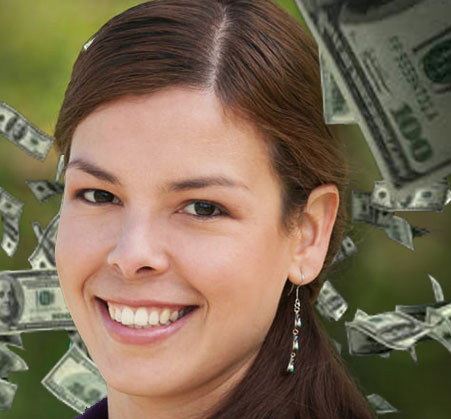 Much of government spending is bundled into huge contracts called IDIQs (indefinite delivery, indefinite quantity) that are meant to span many years and may go to multiple recipients. They’re a lot like regular contracts except they can have very vague requirements and once the IDIQ itself has been competed, the government no longer has any requirement to compete any contract within that IDIQ. CGI Federal has one of these IDIQ contracts with the Department of Health and Human services. It was signed in 2007, long before the Affordable Care Act became law, and lasts until 2017. Within each IDIQ, the government creates purchase or task orders for specific services, which you can find in the Federal Procurement Data System (FPDS). You can see a list of all the task orders for the CGI Federal IDIQ here.

Given a few constraints (Was the task order post-ACA? Does the description sound like it might contribute to healthcare.gov?) I highlighted in blue my guesses at what task orders might be related to healthcare.gov. I think my guesses err on the over-inclusive side. Even so, if you add them up, it’s about $70 million. That’s not unheard of for a government website and it’s certainly far lower than the $600 million cost that has been reported in some places. But the fact that we can’t figure it out shows the dire state of federal spending transparency.

The main problem in this particular case is conceptual. Citizens think about government spending in terms of programs, priorities or public facing projects: things like Medicare, reducing the cost of higher education, or the healthcare.gov website. However, that is not how spending is categorized by the government.

Take another example. When discussing spending data I’m often asked, “How much did we spend on the Iraq war?” This question is pretty much unanswerable without making some subjective judgments–spending just isn’t categorized that way. It’s categorized by the Joint Strike Fighter program, or secondary education benefits for veterans, or foreign aid to Iraq. Reasonable people can disagree about what costs should be rolled into the general category of “Iraq war spending.”

But it certainly helps to have data that’s clear enough to enable those kinds of judgments. Sunlight’s a supporter of the DATA Act, which would enact better standards in government spending data. But are standards enough to cross this particular cognitive divide?

While standards alone might not solve this problem, better disclosure around contracting and provenance of this data could go a long way. For instance, if the actual contract documents relating to each task order were available online, we could do our own detective work and walk these terse transaction descriptions back to their origin–and most likely find a more verbose prose description of what a particular task order should accomplish. The task order itself might contain multiple items, but at least we could zero in on a narrower cost range for healthcare.gov (if not an exact number). Additionally, if we had access to each invoice submitted by CGI, we’d have a much better idea of when they started work on healthcare.gov, and what they charged for the hours spent on it.

Alas, none of this information is available. You would most likely have to file a FOIA request to get access to it. Even then the outcome is uncertain.

Before talking about contracting reform in terms of process, we should ground that conversation in data and information. Better access to information around contract solicitations, bids, the contracts themselves, task orders and contractor performance is the first step on the road to making contracting more cost-effective.

1. There are some references to healthcare.gov on the IT Dashboard, however the most recent information is from June of this year and the amounts don’t seem to line up with any of the task orders under the IDIQ (they are far lower). We think this is mostly related to the preview site that was up on the site before the actual exchanges launched.