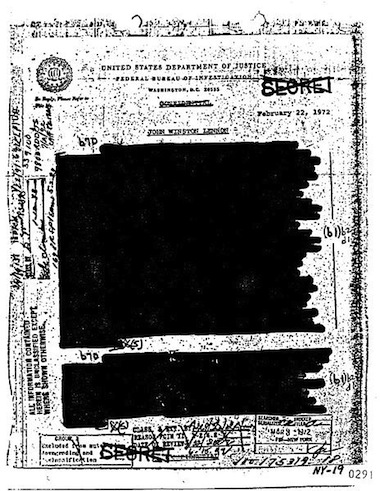 During this week’s Open Government Partnership meeting in London, the Obama Administration announced the broad strokes of its National Action Plan 2.0 Freedom of Information Act reforms.

The Administration’s announced plan has several goals: the implementation of an online FOIA portal, drafting of a unified set of FOIA regulations, creation of an interagency working group and an advisory committee to improve FOIA processing, and improved FOIA trainings for agency employees.

While these plans do give the transparency community reason to be cautiously optimistic, it is important to note that there is no mention of proactive disclosure anywhere in the plan. Proactive disclosure is integral to any effective transparency plan. It meaningfully increases public access while easing the burden on FOIA processing by eliminating duplicative request processing.

As for the efficacy of the goals included in the NAP 2.0 plan, the new FOIA proposals could be very positive or could make things even more difficult for requesters – the devil really is in the details. The first portion of the plan calls for the creation of an online FOIA portal. Two such portals exist currently – the Department of Justice’s FOIA.gov and FOIA Online, which is used by the Environmental Protection Agency, the Department of Commerce, and the National Archives and Records Administration. The DOJ’s FOIA.gov site has often been criticized by open government advocates for its lack of functionality. The FOIA Online portal, on the other hand, has been praised for its FOIA submission and tracking features.

Whether or not the Obama Administration’s FOIA portal commitment ends up being laudable will depend on what exactly the portal looks like and the details of its functionality. In order to be successful, the FOIA portal should allow requesters to submit and track requests from a centralized website. Requesters should have access to the contact information of whatever FOIA officer is currently responsible for the request. Ideally, this portal would also integrate the information currently housed on FOIA.gov, including agency annual FOIA reports and statistics.

Or they could mimic the Department of Justice’s regressive 2011 proposed rule change, which would have made it more difficult for requesters to obtain favorable fee status, would have put the onus on the requester to locate the right component, and would have allowed agencies to actively lie to requesters about the existence of documents (among other problems, detailed in comments filed by the Sunlight Foundation (with the Electronic Privacy Information Center) and several other transparency organizations.

In recent meetings, the Administration has indicated that it plans to formulate the uniform regulations with the help of the DOJ. Open government groups ought to be included in this process to the greatest extent possible. Feedback from actual requesters and litigators, as well as the Office of Government Information Services, should be openly solicited and given strong consideration even before a proposed rule is published.

Similarly, the proposed FOIA trainings may be very helpful or very detrimental. Open government advocates often cite the problematic culture of secrecy within agencies. Trainings that emphasize that FOIA is everyone’s responsibility and that there is a presumption of openness might begin to chip away at that culture of secrecy. When asked about the details of these trainings at a recent meeting, administration officials indicated that DOJ’s Office of Information Policy (OIP) would be responsible for running the FOIA trainings. We are pleased to report that the OIP has already reached out to the open government community for some collaboration in development of these trainings. If the Administration wants to create a meaningful culture change within agencies, the process of creating training materials ought to continue to be as collaborative as possible, allowing open government advocates, FOIA practitioners, the Office of Government Information Services, and other stakeholders to view the training materials and weigh in on the content before the materials are finalized.

An advisory committee is a great idea, but the success of such a committee would hinge largely on its composition and the level of respect that it is given by the agencies, particularly OIP. In order to be effective, the advisory committee should be composed of at least fifty percent outside advocates, practitioners, industry representatives, academics, and experts. The proposed plan already has a space for a body populated by agency officials: the agency working groups which will improve FOIA processing within specific agencies. The advisory board ought to be populated by independent experts with the knowledge and gumption to push back on problematic agency practices and create meaningful change.

Looking at the NAP 2.0 plans for FOIA, it’s possible to imagine a user-friendly website that allows for FOIA requesters to track their requests the same way they might track a UPS package (or a pizza order at Dominos). It’s also possible to imagine a progressive new set of regulations that makes FOIA easier for requesters and clarifies rules for agencies, a new set of training materials emphasizing openness and customer service, and a meaningful oversight body composed of FOIA experts and agency leaders. But these things are only possible if the Obama Administration follows through, taking the time to collaborate with open government experts and hammer out concrete details, instead of painting broad strokes and expecting secretive agencies to fill in the rest.