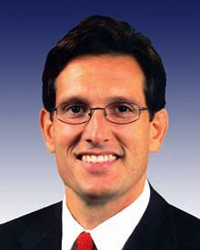 In the final days before Tuesday's special congressional election in Alabama that has turned into a proxy for the Republican Party's family feud, the fundraising battle between state legislator Bradley Byrne and real estate developer Dean Young has turned into an all-out beat down. Byrne, the GOP establishment favorite, has continued to rake in big contributions from out-of-state interests.

The runoff election has received an unusual amount of media attention, billed as the first skirmish between Republican business interests — and major political donors — and a Tea Party challenger in the wake of a federal government shutdown that sent the GOP's poll ratings plummeting.

While a majority of the early money Byrne raised — contributions made more than three weeks prior to the election — came from donors inside the state of Alabama, a Sunlight analysis finds that this trend reversed in the final 20 days leading up to today's election.

Federal Election Commission rules require candidates in those final 20 days to provide a notice of any contribution of $1,000 or more within 48 hours of its receipt. Filings on Sunlight's Realtime tracker show that Byrne has been flooded with last-minute donations from business groups and Republican lawmakers, who have taken a decidedly anti-Tea Party tilt after the shutdown.

The sources of this late cash read like a who's who list of conservative heavyweights. It includes the leadership committees of House Majority Whip Kevin McCarthy, R-Calif., Majority Whip, and House Majority Leader Eric Cantor, R-Va., pictured above. Both lawmakers' PACs maxed out with $10,000. Other well-heeled supporters include the Chamber PAC (the political arm of the US Chamber of Commerce), tobacco giant Altria, AT&T and Pfizer.

Byrne's friends in high places have swelled his already impressive cash advantage. In total the mainstream gopper raised $992,324 to Young's $265,646. Though Young has done well where it counts: polls show the race is still tight as First District voters cast their ballots.

A similar flip flop has taken place with money coming from political action committees and individual donors. As the race has come down to the wire, an increasing proportion of Republican PACs are funneling money into Byrne's campaign coffers.

Although there are some groups not contained within the PAC-vs-individual analysis (i.e. non-leadership candidate committees and contributions from company treasuries), this analysis represents the vast bulk (more than 90 percent) of Byrne's receipts.