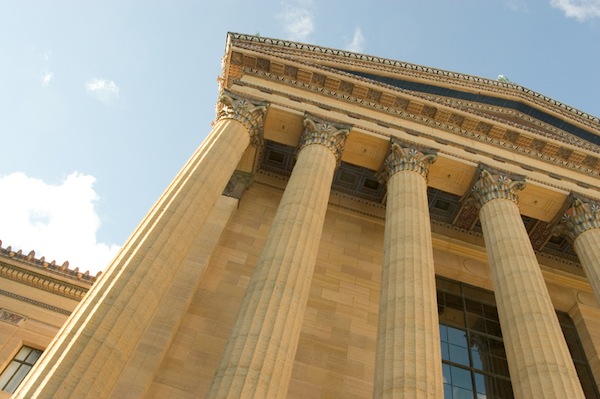 Today the Sunlight Foundation filed its very first Freedom of Information Act (FOIA) lawsuit. In May 2013, we sent a FOIA request to the General Services Administration (GSA) requesting a copy of all contract notices that had been posted on FedBizOpps.gov since 2000. These notices would allow members of the press, researchers and our developers to analyze government spending patterns, to look for inaccuracies, corruption and waste.

FedBizOpps.gov is a government website where contracting opportunities and awards are posted. It also includes notices when something is sole-sourced without competition. However, most of these notices are archived soon after their posting and the FedBizOpps advanced search requires knowledge of the exact solicitation to really find what you’re looking for. This prevents the public from researching the original solicitations when a contract goes bad. One notable example is Healthcare.gov. The Centers for Medicare and Medicaid Services originally signed a contract for “Enterprise System Development” back in 2007, which eventually came to include work on the recently-launched health exchange website. Now that the contract has come under scrutiny, many want to examine the original solicitation. Some smart Googling might bring it up, but historical data on this site is pretty difficult to find. Additionally, there’s no machine readable bulk export option to allow for broad analysis of patterns in contracting over time.

As we’ve detailed on Clearspending.org, there are often huge discrepancies in government spending reports. The data we’ve requested under FOIA would enable us to inspect those discrepancies on the procurement side, figure out where government money is going and look for patterns related to no bid or low bid contracts. Once we get the notices, we plan to make the data available to the public so that others can analyze it as well.

FOIA is a useful tool for members of the public hoping to gain access to government data. In the past, FOIA has led to the disclosure of intelligence agency budgets, the New York Police Department’s program to surveil Muslims, vulnerabilities in foreign lobbyist tracking, lobbying influence at the Food and Drug Administration, the Department of Homeland Security’s social media monitoring program, environmental risks and a host of other government secrets. Sometimes a simple request is sufficient, but oftentimes, federal agencies fail to respond to FOIA requests in a timely fashion. Though the GSA has had six months to fulfill our request, we have not received a single document. Fortunately, the FOIA allows us to file a lawsuit in Federal District Court, where a judge can force the agency to disclose the requested documents. A FOIA lawsuit is the option of last resort when an agency fails to comply with the deadlines in the FOIA statute.

Though FOIA is a great tool, there are often long delays, and many members of the public simply cannot afford to avail themselves of the courts. This is why we will continue to push for proactive disclosure of government data that empowers the public and ensures accountability.