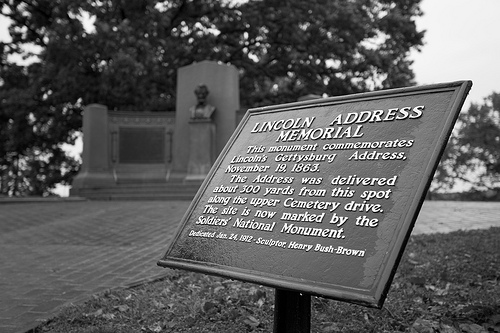 Today marks the 150th anniversary of President Lincoln’s Gettysburg Address. Beginning with the famous phrase “Four score and seven years ago,” the 1863 speech is an emblem of democracy and freedom and a popular recitation for social studies students and members of Congress alike.

By searching Sunlight’s Capitol Words site, we can see that since 1996 Republicans used the opening line on the House or Senate floor more than Democrats.

And when searching the Congressional Record for “Gettysburg Address,” the GOP also mentions the speech more overall.

If you sign up for a Sunlight API key, you can also query the Capitol Words API to get additional information:

Top 3 Lawmakers who quote parts of the “Gettysburg Address”