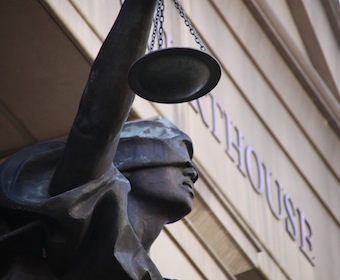 Today, the Supreme Court announced that it agreed to hear two cases around the contraceptive mandate in the Affordable Care Act. The SCOTUSblog writes:

The Court granted review of a government case (Sebelius v. Hobby Lobby Stores, 13-354) and a private business case (Conestoga Wood Specialties Corp. v. Sebelius, 13-356). Taking the Conestoga plea brought before the Court the claim that both religious owners of a business and the business itself have religious freedom rights. The Hobby Lobby case was keyed to rights under RFRA.

In March, Sunlight reported that contraceptive care was the Affordable Care Act’s most controversial provision, drawing more comments than any other regulatory proposal on any subject government-wide. At the time, Nancy Watzman of the Sunlight Reporting Group wrote that more than 147,000 people and organizations made their voices heard over the debate, most of them opposing the provision that requires that federal agencies have interpreted to mean that women have access to preventive services–including contraception–at no cost.

Since then, however, more comments were filed to one of the two dockets we reviewed for our analysis using our Docket Wrench tool:

For comparison, the second-most commented ACA provision was on the Pre-Existing Condition Insurance Plan Program. That rule received 4,600 comments, and Docket Wrench discovered that more than 4,000 of them appear to be inspired by an alert sent out by the National Women’s Law Center in September 2010.

Read the full story by Nancy Watzman as originally published in March 2013. And check out the new Docket Wrench API, too.