Writing for the majority in the Supreme Court’s latest effort to dismantle the nation’s campaign finance system, Chief Justice John Roberts argued that government doesn’t need to restrain big money in politics because the Internet will.

“With modern technology, disclosure now offers a particularly effective means of arming the voting public with information,” Roberts wrote in Wednesday’s 5-4 decision. “Reports and databases are available on the FEC’s Web site almost immediately after they are filed, supplemented by private entities such as OpenSecrets.org and FollowTheMoney.org. Because massive quantities of information can be accessed at the click of a mouse, disclosure is effective to a degree not possible at the time Buckley or even McConnell was decided.”

As one of the “private entities” that endeavor to make campaign finance data available in real time on the Web, we beg to differ.

There are several problems with Roberts’ argument that the Internet will take care of big money in politics.

1. The Senate hasn’t made it to the 21st century

Members of the Senate have not required themselves — or candidates for their exclusive club — to file campaign finance reports electronically, resulting in weeks of delay before journalists, other watchdogs and the voters they serve can learn potentially crucial information. This is particularly problematic in a mid-term election year like this one, when most of the attention, and money, is focused on winning control of the Senate. For instance, candidates in North Carolina’s red-hot Senate race are required to file “pre-primary” reports with the Federal Election Commission April 24. Will voters get a chance to see the contributors on those reports before they go to the polls May 6? That depends on the speed of the (snail) mail and the ability of the (underfunded) Federal Election Commission to enter hundreds — perhaps thousands — of paper pages into digital forms.

2. Disclosure is far from timely

Although, as Roberts suggests, digital technology now makes it possible to instantly disclose all donations to candidates virtually instantaneously, our quaint election laws do not require them to do so. Even House candidates, who have managed to master the technology to file campaign reports electronically, only have to disclose their donors every few months. And, as we saw in 2012, some campaign committees have made an art of gaming the system to delay disclosure as long as possible — sometimes well after voters go to the polls. Sen. Angus King, I-Maine, on Wednesday announced that he’ll be introducing legislation to make contributions of $1,000 or more available online within 48 hours. (Here’s hoping the bill passes, and senators join the 21st century by giving up paper for e-filing.)

The FEC fails to require adequate reporting by candidates and political committees, inviting entrepreneurial political operatives to set up the kind of elaborate laundromats that Justice Stephen Breyer outlined in his trenchant dissent from Wednesday’s decision. Just how inadequate is the current disclosure regime? Read this account by Bob Lannon, lead developer of Sunlight’s Influence Explorer, and weep.

4. Can you say Citizens United?

Thanks in large part to an earlier decision by the Roberts court — Citizens United — untold millions of dollars that are being spent to influence elections, and the politicians who win them, never make it onto the Internet radar screen at all. As Roberts himself noted, more than $300 million was spent during the 2012 cycle by dark money groups. So truly deep-pocketed donors now have the option to spend unlimited sums that they disclose, and unlimited sums that they don’t disclose.

Anyone with experience parsing federal campaign finance records will laugh at the idea that informative disclosure data is available “at the click of a mouse.” The state of disclosure requirements in federal campaign finance is abysmal, for many reasons. However, even the information required of filers is of limited use because of how it is stored and made available by the FEC itself. We’re happy to see Roberts mention our colleagues at OpenSecrets.org and FollowTheMoney.org, because they exists primarily *because* disclosure is in such bad shape. The information that Roberts considers “supplemental” is, in fact, the only thing that makes any of campaign finance disclosure accessible, even for seasoned wonks. It’s the work of a small army of experienced researchers poring over millions of itemized transactions, filling in the many blanks and correcting the many inaccuracies.

Is campaign finance disclosure really so bad that we need private entities to clean up their data? The answer is, unfortunately, yes.

In a misleading aside, Roberts mentions that in 2012, dark money groups “spent some $300 million on independent expenditures.” The much larger unknown figure is how much these groups actually spent on elections, not the narrow category of spending they are required to report to the FEC. Money that these groups spend on TV “issue” ads aired more than 60 days before the election, as well as money spent on get out the vote efforts and Internet advertising is never reported to the FEC or, in most cases, anywhere: on the Internet or off. OpenSecrets.org estimated a network of nonprofits run by the industrialist Koch brothers raised $301 million in 2012; Crossroads Grassroots Policy Solutions, a nonprofit co-founded by Karl Rove reported raising $180 million in 2012.

This kind of hidden spending is playing an increasingly important role in this year’s elections. In a Feb. 12 story, Politico reported that Americans for Prosperity, one of the nonprofits operated by the Koch brothers, had already spent $8.2 million attacking Sen. Kay Hagan, D-N.C. Citing unnamed sources, the story said the group had already spent a total of $12 million on Senate races nationwide. None of that money was reported to the FEC, though some of the spending is visible on Sunlight’s Political Ad Sleuth, which consolidates political ad buys filed online with the Federal Communications Commission. 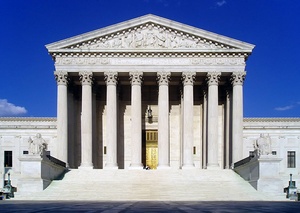 But that serves as yet another example of the limitations of the Internet’s ability to produce transparency: The FCC requires only political ads purchased in the nation’s top 50 markets to be posted online. This year, many key Senate races will be fought in states that don’t have a top 50 market, such as Montana, Alaska, Arkansas and West Virginia. So voters there will be thrust even further in the dark.

In the Supreme Court’s Citizens United decision, Justice Anthony Kennedy promised that unlimited corporate contributions would not lead to a corruption of the political system because “with the advent of the Internet, prompt disclosure of expenditures can provide shareholders and citizens with the informations needed to hold corporations and elected officials accountable for their positions and supporters.”