To approve or not to approve the Keystone XL pipeline? To anger environmental activists and some high profile donors (most prominently, Tom Steyer), or to put vulnerable Senate Democrats at an even bigger risk (most prominently, Mary Landrieu, D-La.)? That is the decision that President Obama continues to delay, and Senate Majority Harry Reid, D-Nev. continues to put off.

RELATED: Labor splits on supporting Keystone XL, but not on lobbying for it 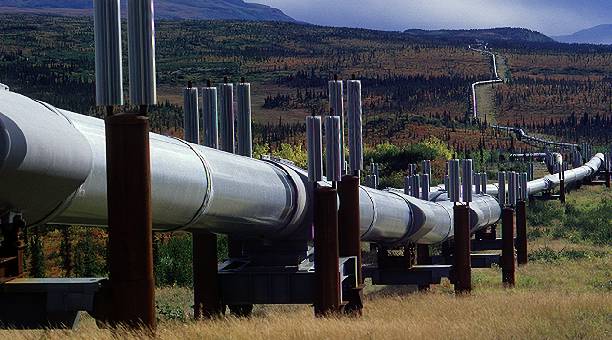 Unions may be publicly divided on Keystone XL, but when lawmakers hear from labor’s lobbyists in D.C., they hear that labor loves Keystone.

With a final decision still looming six years after the original application, it’s as good a time as any to look at the cumulative lobbying efforts on this issue. While Keystone has become a cause célèbre for many environmental activists and prominent political donors, who oppose its construction, the professional lobbyists active on the issue in Washington are almost all asking for the pipeline to be built.

We looked at the 10 sectors that filed the most lobbying reports mentioning “Keystone” since 2008, visualized in Figure 1. Unsurprisingly, oil & gas dwarfs the rest of the list with 206 reports, more than four times the 49 reports filed by environmental groups. Building trade unions, a traditional Democratic constituency, are third on the list at 46 reports. These unions support the pipeline because they believe it will create jobs for their members.

Of the 10 sectors (all of which filed at least 10 reports), nine support building the pipeline. Only environmental groups are opposed.

Figure 2 looks at the lobbying activity over time. For the first year of lobbying, 2009, it was just the oil & gas industry and the environmental groups. Then, in 2010, the building trade unions and electric utilities got involved. Then, in 2011, the oil & gas industry really kicked up its lobbying efforts, and a bunch of other industries supporting the pipeline got involved as well — increasingly overwhelming the environmentalists.

Of these most active organizations, only the Western Organization of Resource Councils (14 reports, #7 on the list) and the League of Conservation Voters (10 reports, tied for #10 on the list) opposed the pipeline.

While a final decision on Keystone XL continues to be postponed, our analysis shows that the inside-the-Beltway resources come down heavily in support of building the pipeline.

We determined organizational positions on the Keystone XL pipeline based on public statements of position released by the corporation/organization or its officers.

The pipeline is a project of the TransCanada corporation, which supports its construction. ExxonMobil and Royal Dutch Shell both operate Gulf Coast refineries that would benefit from the Canadian crude delivered by the pipeline. Both companies and their officers have made public statements in favor of Keystone XL (Shell, ExxonMobil). TransCanada has signed project labor agreements with the Laborers International Union of North America, the Plumbers and Pipefitters Union and the Union of Operating Engineers, to build the pipeline. Because of the jobs this construction promises, all of these unions publicly support of the pipeline. Canadian oil shale producers represented by the In Situ Oil Sands Alliance rely on pipelines like Keystone XL to export their crude and get it to refineries. There has been congestion in the past and they will benefit from the increased capacity Keystone XL will bring. The CEO of Devon Energy, another Canadian Oil producer, is also an outspoken proponent of the pipeline. Business Roundtable and the American Petroleum Institute are also both in favor of the pipeline because it will benefit their members.

The Western Organization of Resource Councils is a regional grassroots environmental organization with chapters in the areas in the path of the proposed pipeline. It has been vocally opposed to the pipeline plan, specifically focusing on local landowners who would be affected. The League of Conservation Voters, an influential environmental organization and major political contributor, is also strongly opposed to Keystone XL.